It’s not only in the realm of smartphones that we’re starting to see cheaper devices that are actually good (and good devices that are actually cheap). This is getting extended to the world of tablets too, but the overwhelming majority of inexpensive tablets are of the WiFi-only variety. What if you still want to get onto that wireless data action without breaking the bank?

Enter the ZTE Grand X View, a no-sacrifice Android tablet for Canadians on a tighter budget.

Announced a little over a month ago, the ZTE Grand X View continues the “affordable premium” approach of ZTE and applies it to an LTE-capable Android tablet. That’s really the biggest appeal here, because finding a 4G LTE-enabled tablet on the cheap can be quite the challenge. But it’s not just the cellular radio that holds up the “premium” part of the “affordable premium” credo.

While clearly not competing with tablets more than twice its price, the Grand X View is a very capable performer based on its spec sheet. You get a Qualcomm Snapdragon 615 1.5GHz octa-core processor, along with 2GB of RAM, 16GB internal memory, microSD expansion up to 64GB, a decently-sized 4,620mAh battery, and an 8.0-inch display with a full HD 1920 x 1200 pixel resolution. Yes, that’s full HD, beating out the 720p displays found on a number of tablets in the more affordable end of the pricing spectrum.

Of course, a few corners had to be cut to achieve this price point. It’s just an LCD panel, for instance, instead of a nicer Super AMOLED screen. The front and rear cameras are both just 5MP, though cameras are never a huge selling point on tablets. And yes, it’s only a couple of gigs of RAM, but that’s the same as you’d get on the new Nexus 5X. You’ll also have to put up with just Lollipop for now, though we hope a Marshmallow update s in the works.

All in all, the right corners were cut and the most important bits are largely maintained.

As its name very clearly indicates, this tablet is following a pedigree and tradition that has already been established by ZTE smartphones released in Canada. It’s been a very steady progression, starting with the Grand X and getting followed up by the Grand X Plus and Grand X 2. It’s an evolution of the brand.

Using the ZTE Grand X View as a “daily driver” for a couple of weeks, I can tell you that impressions are generally positive. The build quality feels reasonably robust with a metallic (?) back and a relative lack of flex. The bezels around the screen aren’t the thinnest in the world, but having that extra space at the top and bottom make the 330-gram tablet a little easier to hold. Performance is pretty good; watching YouTube videos and playing some casual games are a joy.

The full HD display is perfectly adequate for day-to-day use, but don’t expect to be wowed by it the same way you would on a Galaxy Tab S… of course, that Samsung tablet is about twice the price and lacks LTE. I do wish the brightness could be cranked up a little for better daylight visibility though.

Has ZTE messed around with the core Google Android experience? Yes. Yes, it has.

Many of the apps and icons have been tampered with, as has the way that the settings menu appears. You’ll also notice that when you create and access a folder on a home screen that you get a slightly different look, popping the folder up to nearly full screen while blurring out the background around it. The multi-tasking app carousel is a also a little different. These are all just aesthetic choices and don’t really impact the experience all too much.

The one alteration that completely and utterly changes how I interact with an Android device? The lack of an app drawer. Take a look at that first home screen screenshot above. There’s the standard dock on the bottom, giving you quick access to the browser, mail, camera, gallery and settings… but where’s the button to open the app listing? Instead, what you get is closer to the iOS experience where your home screen is your app drawer. This feels weird.

ZTE has worked in some pretty decent software and features for the camera app. There are a wealth of options available, like DOF (depth of field) detection, face detection, gradimeter, real-time filters and so on. If you switch from auto to pro mode, you also unlock full control over exposure compensation, white balance, ISO and even manual focus.

Sadly, the cameras themselves still leave something to be desired. They’re only five megapixels, for starters, and you can only shoot video at a maximum of 720p. The image quality is grainy, lacking definition and sharpness, and it only gets worse when lighting conditions aren’t exactly ideal. 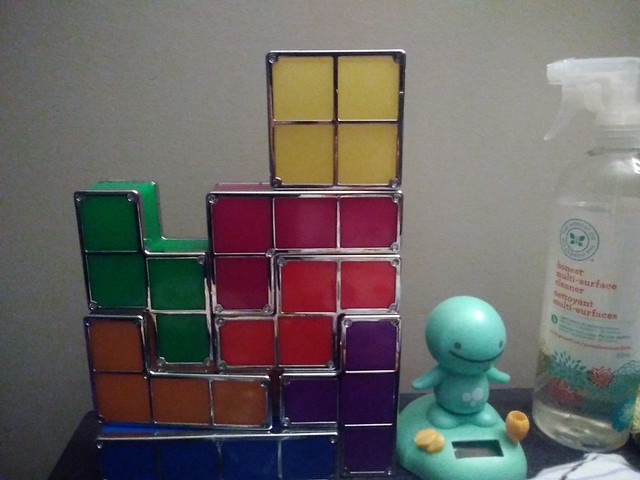 This is one of the areas where I’m willing to give ZTE a bit of a pass. Smartphone cameras have really come a long way in recent years, but most tablet cameras — with the exception of the ones found on the iPad family — are still generally terrible. And that’s fair enough, because you probably shouldn’t be shooting that much with this thing anyhow.

The ZTE Grand X View was no speed demon during the testing period, sometimes taking an extra moment before an app would open. Even so, everything was smooth enough as to avoid any sort of real frustration. The benchmark scores achieved reflect this kind of experience.

In Geekbench 3, it earned 660 on the single-core test and 2344 on the multi-core test. Putting that in perspective, the LG Nexus 5 from two years ago gets somewhere around 800 and 2500 on the same tests.

Is the ZTE Grand X View the absolute best Android tablet on the market today? Definitely not. You can find some devices with far better displays and even better performance. Is the Grand X View the cheapest tablet? No, it’s not that either. What you do get here is a device that strikes a beautiful balance, giving you enough performance at a price that can suit your budget… and get you connected to some fast 4G LTE too.

The lack of a proper app drawer is mildly troublesome and it’s not exactly the thinnest device in the bucket, but the ZTE Grand X View is a solid choice that ticks a lot of the boxes. Get it from Bell Mobility for $239.99 no term or for 24 monthly payments of $10.