When is good enough actually good enough? Considering that many of us upgrade our smartphones every couple of years, if not sooner, it almost feels wasteful to spend upwards of $800 on a device that practically becomes obsolete the moment we buy it. And in the case of smartphones, is the $800 device really four times better than its $200 counterpart?

It’s with that line of thinking that we find ourselves looking at the ZTE Grand X Plus, an Android smartphone that launched with Fido in December. It looks to have all the makings of a mid-range device at a fraction of the cost, but are there other hidden sacrifices?

In my interview with the Chairman of ZTE Canada during CES 2015 last month, he made it very clear that one of the over-arching principles for the company’s foray into the North American market in particular is to offer an “affordable premium” experience. Consumers want a “premium” device at a more “affordable” price.

And as compelling as the $150 ZTE Grand X from Bell Mobility may be, it still comes up short in a number of areas. The shelled design is kind of strange and the specs leave something to be desired. The upgraded ZTE Grand X Plus improves on its predecessor in practically every way, getting a better camera, more internal memory and LTE support, for instance.

Of course, there are some compromises that must be made in order to attain the “affordable” part of the equation. While it is a 5-inch display, it’s just 1280×720 in an age where full HD is the expected minimum and quad HD is emerging as the new benchmark. It also only has 8GB of internal memory, though there is a microSD slot (up to 32GB) for more space. There’s no NFC, no Qi, no stereo speakers. But most of the more important bits are in place and the Grand X Plus was designed in Canada to boot.

No one is going to confuse the Grand X Plus with something like the Galaxy Note 4 or the HTC One M8. Even so, I will say that from a design standpoint this is an improvement over the first Grand X. Maybe it’s because this version is black-on-black, but you get far less of that odd impression that the phone is already wrapped in a polycarbonate protective case.

The power button (on the right) and the volume buttons (on the left) are still plastic, but they have a shiny, metallic-looking edge around them. This offers a bit more of a premium look, giving the phone just a dash more personality. I did find the plastic back to be both too slippery and too much of a fingerprint magnet, despite having a matte finish.

The phone is also a little hefty at 150 grams; compare that to the 130g Nexus 5. While twenty grams may not sound like much, it is definitely noticeable. Whether you view that as a good thing or a bad thing is up to you.

Continuing with the “affordable premium” kind of mindset, ZTE has gone to great lengths to provide adequate performance in a package that is considerably cheaper than other flagships. The Grand X Plus ships with Android 4.4.4 KitKat. It has only been lightly skinned, so you’ll find a modified camera app and some different icons. Aside from that, it runs pretty much like stock.

The Grand X Plus performs admirably under most conditions. There are a few instances under heavy load when it experiences some slowdown, but thanks in part to the lower-resolution display, the quad-core processor and the 2GB of RAM, this device will hold up to normal use by normal users.

I will say that the slippery back can get a little cumbersome and the lack of available cases can be a problem. That said, this is a very inexpensive phone and you only need it to last a year or two anyhow. 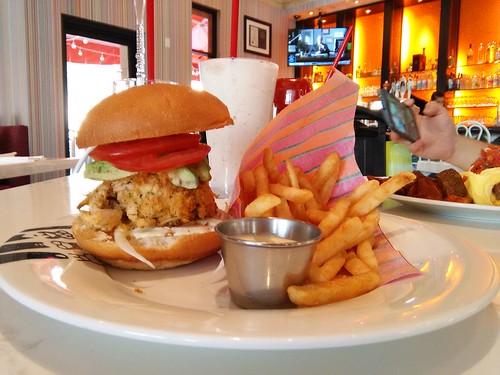 The ZTE Grand X only has a 5MP camera, whereas the Grand X Plus has an 8MP camera. That’s good news and that’s an improvement. And when I was shooting photos around Las Vegas during CES, I found that pictures under ideal lighting conditions–like my lunch above–turned out pretty great. The colors really pop. 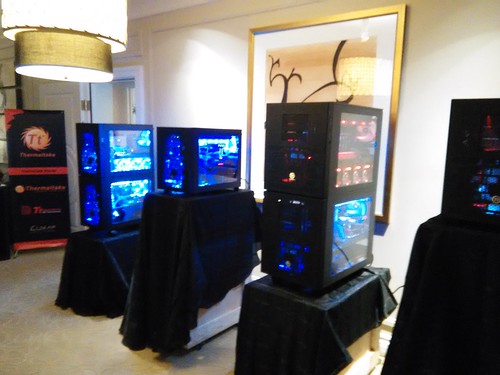 Transition to some less ideal lighting and the story quickly changes. The details get murky and the contrast gets harsh. The photos are perfectly usable for social media updates, which is how I imagine most people will end up using them. I wouldn’t recommend them for much more than that, though. 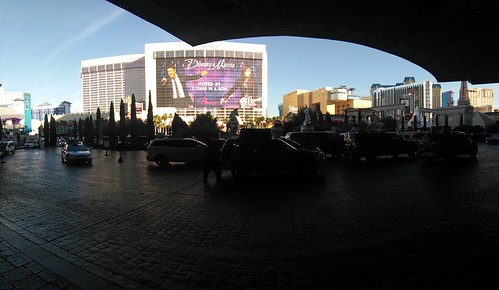 On the plus side (see what I did there?), the ZTE Grand X Plus still boasts a number of additional camera modes. You get the usual panorama and HDR modes, for instance, as well as a Group photo function where it takes five photos in succession, allowing you to choose the best shot for each individual before automagically stitching them together. There are also Blink Detect and Interval modes, the latter of which is essentially a time lapse function.

The benchmark scores earned by the Grand X Plus are hardly impressive. With AnTuTu Benchmark v5.6, it scored in the 18,000 range, putting it toward the bottom of the modern-day heap. This is lower than the XiaoMi Mi 2 and the HTC One (M7).

A similarly low score was achieved in the 3DMark Ice Storm Extreme test with a scores of 2872 and 2880. Don’t expect the world of this device, especially if you intend on doing any higher-end mobile gaming.

MEGATechie Plus Grander Than Ever or MEGATechie Missing X Factor?

No, the Grand X Plus doesn’t boast the fancy voice controls of some of its more expensive stablemates. It doesn’t produce the highest benchmark scores and it doesn’t have the highest resolution display.

What the ZTE Grand X Plus does provide is a solid Android experience for the first time smartphone user or the buyer on a tight budget. It’ll handle your day-to-day with relative ease and you’ll feel better with the extra bucks padding your wallet. Canadians can get it today from Fido for $0 with 2-year Tab24 agreement on a Standard plan or $200 outright.