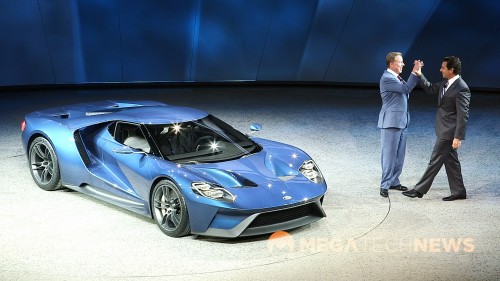 As you may have guessed, MEGATechNews did make it to the North American International Auto Show (NAIAS). We covered some pretty cool cars that will be coming to the market like the Acura NSX and Chevy Bolt. We also covered cars that might not make it into production at all like the Mercedes-Benz F 015 self driving car. But Detroit is the Motor City, and the Ford Motor Company was responsible for giving it that name. At the show, Ford continued to show its dominance as the top American Car Maker by unleashing not one, but three new vehicles at the show: The Ford Raptor F-150, the Shelby Mustang GT350R and the Ford GT.

While hot topics today still include more eco-friendly hybrids and electric cars, batteries and fuel cell technology, Ford wants to take that conversation somewhere else, and that somewhere is the race track. A place where Ford feels that the new way to do things is “performance through efficiency”.

MEGATechNews had a special opportunity to have a look “Behind the Blue Oval” where Ford’s Chief Technical Officer, Raj Nair, explains how the company’s latest innovations on the race track, not only helped create their three high performance monsters, but also, how these innovations, are making better cars for the every man.

If you’re having problems viewing the video, you can find it on our YouTube Channel. If you want to skip ahead and see what new technology is behind the new Ford Raptor F-150, the Shelby Mustang GT350R and the Ford GT, the time codes are below. But do check out the video in its entirety because Mr. Nair goes through some very interesting bits of tech. 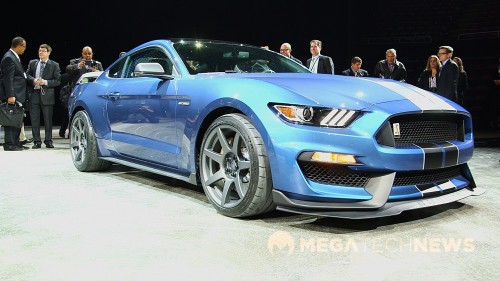 02:46 – The Ford Shelby Mustang GT350R – Ford’s prized pony gets an extreme makeover! While the regular production GT350 is a beast, the Shelby GT350R is a beast unleashed! It eschews creature comforts like back seats, upholstery, rear back up camera, and even the Air Conditioner and Stereo System, for a completely retuned suspension and chassis that makes it best for track day use. 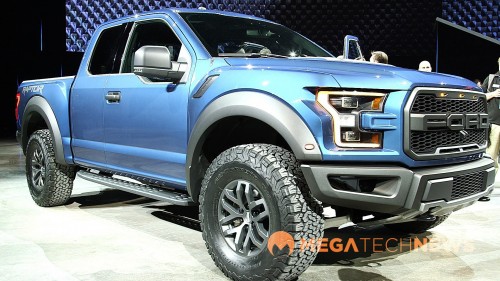 05:37 – The Ford Raptor F-150 – The top selling pick-up in America gets a completely new re-design, with a new chassis, new engine, new suspension, and supporting traction control technology, that makes this the most dangerous Raptor ever. You could say that it’s based on the Ford F-150, but it’s almost a completely different beast. It’s also leaner and meaner, dropping over 500 lbs of weight, over the previous generation. It also features a brand new 10 speed transmission that’ll give it the ratios to tackle any terrain, and save fuel doing it. 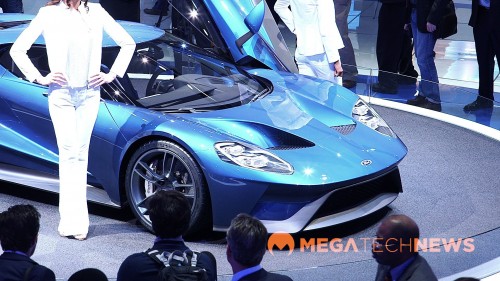 06:43 – The Ford GT – The star in Ford’s trio of performance monsters is of course, the new Ford GT! This is the company’s crowning achievement, and really shows off what “performance through efficiency” really means. The car puts out 600 horsepower from a Twin Turbo Charged 3.5L V6 EcoBoost Engine, mated to a 7-speed dual clutch automatic transmission, which is amazing in itself, but that’s only half the story. The Ford GT uses next generation composite and aluminum technology including a carbon fibre tub (where the drivers sit) and body panels, to reduce weight significantly, giving it impressive power to weight ratios. They even managed to cram in Ford Sync 3.0, which you obviously need, because you won’t want to take your hands off the wheel going slightly over the legal speed limit.

09:54 – The FORD Focus RS – Although Raj was fairly tight lipped about this announcement, he did let us know that it’s coming, and that it’ll continue to be a place where innovation will take place. It already has one of the best front wheel drive systems for a hot hatch, thanks to its “RevoKnuckle” that actually makes it corner, rather than push like conventional front wheel drive systems. Ford’s “performance through efficiency” initiatives continue, we could be looking at not only a lighter Focus RS over previous generations, but we could also be looking at one that is more powerful as well.

If you haven’t watched the video in its entirety, definitely go back and have a look as Raj goes into some other tech that helps make the new Ford’s special. Photos are available in the gallery below.

What do you think about Ford’s new performance vehicles? Does it change your mind about the company?

Disclosure: The Ford Motor Company paid for our travel and accommodations at the three-day NAIAS 2015 Digital Summit in Detroit. We were not compensated in any other manner for our time. The opinions posted here are our own.