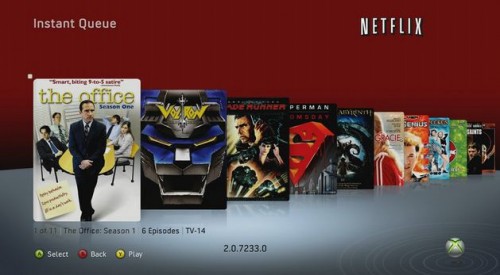 In the previous article, we introduced the open-source IaaS (Infrastructure as a Service) offering for controlling and regulating virtualisation states from Netflix, named ‘Asgard’. Asgard is used to distribute the world’s largest streaming firm’s data all over the web, and is extremely flexible and robust, allowing for easy version transitioning (as we saw previously) and management of ASGs (as we will see now).

Adapting to the Demand

What happens when Netflix need to expand an ASG (auto scale group) with new content? Asgard’s got it covered. It can be set to auto-scale ASGs based on metrics which can be pushed from other applications or monitored from within the application itself. Certain periods of the day, for example, can see the ASG contract so as to lighten the computational load and ensure greater longevity from the machines. Similarly, peak periods (with high numbers of server requests) could see the ASG swell automatically to accommodate the additional bandwidth required to serve the data.

So Asgard is extremely durable, highly flexible and allows for radical changes automatically and with little computational overhead. What does its release mean for the open source community?

For the most important part, it’s a huge asset that can be refined by a vast community. That means it will develop rapidly, and that’s great news at a time when humanity is entering so cloud-centric a period. Netflix’s release of the source code via GitHub–the open-source code-sharing community with developer members from around the world–represents a celebration of knowledge-sharing flexibility that has never before been possible. Historical scholars of ages gone by couldn’t have dreamed such a free proliferation of study could exist.

In addition, it could provide a more coherent base for a service that is looking to become increasingly fractured. Many small businesses opt to outsource their cloud hosting and cloud management, which makes good sense for them; it’s just too complex and time-consuming to manage in-house. This outsourcing means that the Cloud market is beginning to fill with specific proprietary approaches to cloud management. The open source community fears that this may hold back cloud development, and are keen to push any large projects–such as OpenStack and Asgardt–that might help to unify the scene before it becomes fragmented.

Bring on the Stream!

And what does it mean for you, the user? Well, first up the surrender of proprietary code to the open-source community certainly makes Netflix an ethical alternative to numerous other streaming websites. Secondly, it means that the future for high-demand, high-flexibility streamed data services is bright and efficient. Thanks, Netflix!