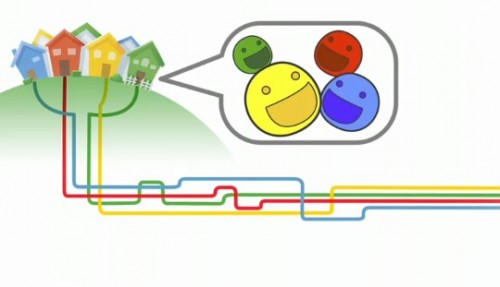 Google has launched the anticipated Google Fiber in Kansas City, which they claim could give you residents Internet speeds of up to 1Gbps. Fiber users will never have to fear broadband caps or overage charges and they’ll each get 1 terabyte of storage space on Google Drive.

Then there’s the Google Fiber TV service that gives customers the ability to record up to 500 hours of television shows in HD. The Google TV App for tablets and smartphones lets you use your mobile device as a remote control.

Both services combined will cost $120 a month and signing a two-year plan will waive your construction fees. The Internet service by itself is $70 a month, with that construction fee being waived with the signing of a one-year plan.

I’m admittedly a long-time Google fan boy, but is there any reason not to be?