Search
Home
MEGATech Reviews
MEGATech Reviews: Samsung Galaxy Note7
If you're looking for the fanciest Android smartphone on the block, your search is over... for now.
Pros
Cons
2016-08-29
9.5Overall Score

It’s here. Samsung has been talking about the next big thing for some time already and now it has finally arrived. Skipping completely over the Note 6, we have now been presented with the all new Samsung Galaxy Note7. And I use “all new” with my tongue planted pretty firmly in the side of my cheek, but that isn’t really a bad thing. In fact, it’s a good thing. It’s a very good thing.

The Phone that Thinks as Big as You Do

As we mentioned in our initial hands-on video with the Samsung Galaxy Note7, the rationale behind skipping the Note 6 is two-fold. First, it’s to align the numbering scheme with the main Galaxy S line, since the Galaxy Note7 shares so much DNA with the Galaxy S6 and S6 edge (and S6 edge+). Secondly, when you include the Note Edge, this is technically the seventh phone in the Note series.

In effect, we get the best features of these phones that came before it, while addressing the shortcomings that irked us. The Samsung Galaxy Note7, for many intents and purposes, represents the mashing together of the Galaxy S6 edge (with its dual curved display) and the Galaxy Note 5.

Unsurprisingly, we don’t really have anything to worry about when we look at the spec sheet on this phone. Whether you get the Snapdragon 820 in North America or the Exynos 8890 in other markets, performance is of little concern. Curiously, considering just how super premium Samsung has made this phone, it “only” has 4GB of RAM. I never really found myself lacking, but the highest of the high end are pushing more than four gigs these days.

The phone gets IP68 certification for waterproof protection, including when the S Pen is taken out, and there’s only one SKU with 64GB of internal storage, plus the microSD expansion slot. Other highlights on the Samsung Galaxy Note7 include the 12MP camera (the same as the S7 and S7 edge), 5MP camera on the front, dual wireless charging support, and a larger 3500 mAh battery. Coupled with fast charging and dual wireless charging support, we don’t really miss the removable battery.

But really, the Note7 is just gorgeous. The 5.7-inch AMOLED display gets the same QHD resolution as before, except now it’s curved on both sides like the S7 edge. The curve is less gradual and with the curved back too, this makes for a phablet that’s much more compact than you might think. It’s surprisingly comfortable to hold and the side bezels practically do disappear. It has the heft and solid feel of a premium device. And Samsung has finally jumped on the USB-C wagon too while still retaining the headphone jack, at least for now.

Everything You Ever Wanted

You really do get the sense that Samsung didn’t even want to stop at the kitchen sink with this thing. They didn’t exactly reinvent the wheel, but they definitely took more of a shotgun approach when it comes to features. Want a fingerprint reader? That’s still in the home button. Want both Powermat and Qi wireless charging? Sure thing. Want an always on display with a few more options? Not a problem. More edge panels? Okay! Want an iris scanner? Never knew you wanted an iris scanner?

While most of the feature list on the Samsung Galaxy Note7 mirrors that of the S7 and the Note 5, one of the newest features is the inclusion of the iris scanner. This works by way of two additional units near the top of the phone. One is an infrared transmitter and the other is an infrared receiver. In some ways, this is similar to the facial recognition technology that we’ve seen before, but taken to another level. Because it’s infrared, it works in the dark. It also means that holding up a photo of you won’t work.

In practice, I’m not convinced that an iris scanner is any more convenient than a fingerprint reader. You need to hold the phone at just the right distance and open your eyes wide. This takes a little getting used to. The other thing is that initiating the iris scanner takes more steps than holding your thumb on the home button. You must first wake the phone (either with the power button or the home button). Then, you need to swipe to get past the lock screen. Then, you need to stare at your phone. It’s that second step, the swiping, that made this process too slow for me.

The actual iris recognition is reasonably fast when you get used to it, but I found it’s still faster to use the fingerprint reader. This is mostly because I can wake the phone by pressing the home button and just keep my finger there. Fewer steps. That said, the iris scanner is supposed to be more secure and more accurate, so there’s that.

An Even Better S Pen

To be perfectly honest, I’ve always been of the camp where I fiddle around with the S Pen in the beginning to see what it can do, but then it just stays in its slot the rest of the time. Don’t get me wrong. The S Pen can be useful to the right user. If you’re someone who likes to sketch, you’ll appreciate how much smoother things have become. You’ll also like how you can “blend” colors together on the screen now and the whole IP68 thing is pretty neat.

In an effort to make the S Pen more useful to a greater number of users, Samsung went ahead and took the kitchen sink approach again. You can now do even more with the S Pen. Old standbys like magnify are still around, which is great for accessibility, but you also get to take a “video” screen capture that is then converted into an animated GIF. The “Glance” feature lets you shrink down an app so you can multitask more effectively.

For people who liked the S Pen before, the “new” S Pen on the Samsung Galaxy Note7 is a nice little upgrade. For the rest of us, I’m still not sold on the idea. I do like the screen off quick memo though, but that’s not new anymore.

In my experience, Samsung has done a terrific job with its camera technology for a number of years now. The Samsung Galaxy Note7 continues that tradition, because it’s basically the same camera as the Galaxy S7. The processing can be on the more aggressive side, so you may encounter some high contrast over-sharpness. They dial up the color saturation too, which becomes even more pronounced on the super contrasty Super AMOLED screen. 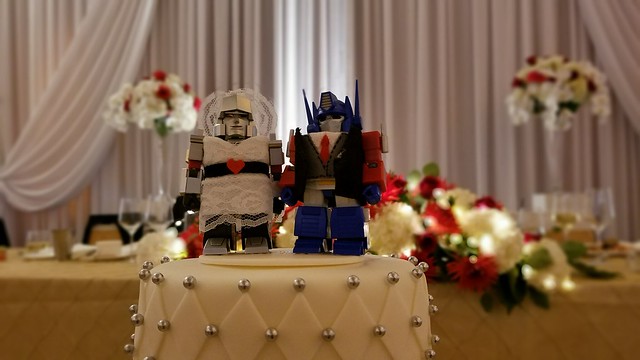 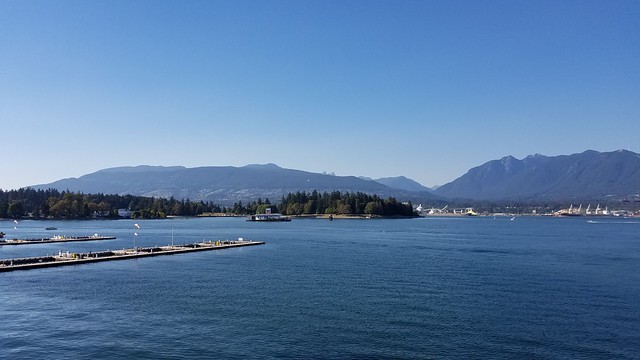 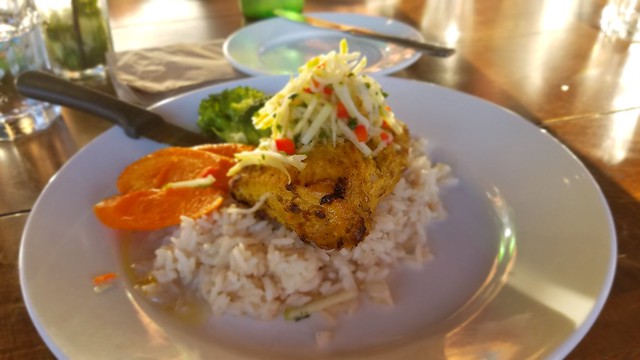 By default, video shot on the Note7 will be in FHD 1080p, but you can dial that up to UHD 4K video (3840 x 2160 pixels) if you like. When you do, you lose HDR (rich tone), video effects and tracking autofocus. Embedded here is a 1080p sample. You can see the image stabilization at work with that wobble as I take each step.

There are also a number of additional modes and filters you can play with for taking pictures, like the “food” mode for simulated bokeh. I found the camera also performed admirably in low light, which is a definite plus. Old features, like wide selfie and using the heartbeat sensor on the back as a selfie shutter, still apply. Check my Flickr photostream for additional samples.

When you’re sitting at the top of the price range in a shiny range-topping design, you’d better bring some top-of-the-line performance to the table too. The Samsung Galaxy Note7 is certainly no slouch.

In Geekbench, it earned single-core and multi-core scores of 2321 and 5392, respectively. In the PCMark work performance benchmark and the 3DMark Sling Shot test, it got scores of 6034 and 2541, respectively. For AnTuTu, that’s 96705, compared to the 60355 of the Galaxy S6. All together, this phone is right at the top, where it belongs.

A major concern when you have this much performance on this large of a display at this high of resolution with all these features is that you’ll be reaching for the charger far more quickly than you’d like. Your mileage will vary, of course, but even with the always-on display activated and with several Pokemon GO sessions, I could push the Samsung Galaxy Note7 to last well over 24 hours between charges.

And that’s only because I like staying above 50% whenever I can. If I let the phone drain completely, which I did on a couple of occasions, it was somewhere in the 36 hour range. Utilize a power saving mode and some other optimizations, like lowering the screen brightness, and you may be able to push that 3500 mAh battery even further. I have heard reports of some third-party apps draining the battery though, so be mindful of background apps.

Without any shadow of a doubt, the Samsung Galaxy Note7 is undeniably the best smartphone that the company has ever created. The battery life is great. The design is gorgeous. The feature list is overwhelming. The performance is top notch. And it feels great in the hands too. And then there’s the S Pen and iris scanner to boot, not to mention the beautiful dual edge Super AMOLED QHD display.

Realistically, there are only a couple of things that might hold you back from getting this phone. The first is that some people just don’t like TouchWiz and would prefer a pure Android experience. That’s fair enough. The other is the price. At $1,050 unlocked and off contract, it’s not cheap. Seeing how great phones have become at much lower price points, you may have a hard time justifying spending that much money.

Unless you have your heart set on iOS (or Nexus) though, this is the phone to beat. It may not be terribly original, as far as the Samsung pedigree goes, but it’s easily the best of breed. The Samsung Galaxy Note7 is available now both unlocked and through major carriers.