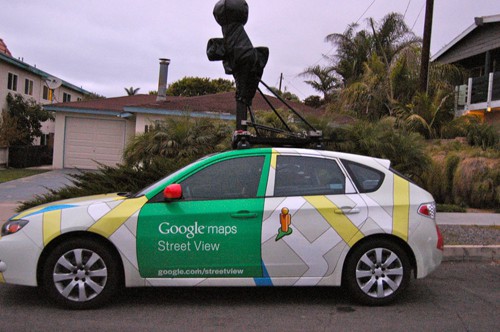 This is the world we live in now, folks. A world where a man can’t even take a leisurely pee on his own front lawn without a multinational corporation plastering it on their web mapping service. This is exactly what happened to a poor Frenchman living in France’s Maine-et-Loire region.

Despite his face being blurred, the man claims that residents from his village still managed to recognize him. He’s now suing Google for what amounts to $13,300 USD. According to the man, he thought he was hidden from view behind his closed gate, but the high point of view from the street allowed the camera to see over his fence, where it supposedly got a good glimpse of the act. A court in Angers is scheduled to reach a verdict on March 15.

I can’t wrap my head around why this guy was peeing in his front yard. I wouldn’t even pee in my backyard, simply because it’s my yard, which means my bathroom can’t be more than fifty feet away, inside my house.