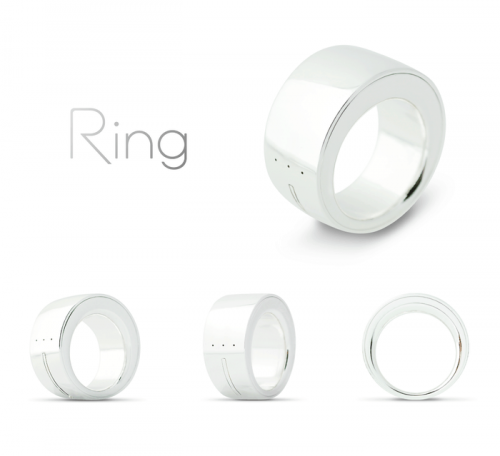 There actually is one Ring to rule them all, but in this case “all” means all of your electronic devices. The wearable device, which is either called Ring or Ring: Shortcut Everything, is a ring that fits around your finger and pairs with other devices that can then be controlled by gestures.

The video, which is embedded below, shows off some of the possibilities. By drawing things in the air with your finger – letters, numbers, symbols, etc – the wearer accomplishes various tasks. According to the kickstarter, there are four basic features: controlling appliances and apps, sending texts by writing in the air, sending payments by writing in the air, and receiving incoming alerts by vibration and LED.

Logbar inc. has already blown well past their $250,000 goal by over $150,000 and the Kickstarter campaign still has 32 days to go. The early bird rings, which are already sold out, will be arriving in July 2014 and it looks like the rest of them start shipping in August of this year.