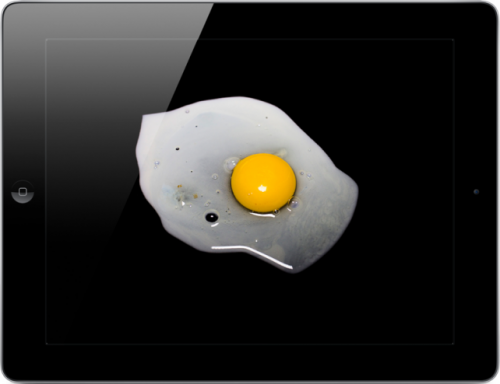 The internet has been abuzz with reports of the new iPad overheating and one screen expert has pointed his finger at the backlighting for the Retina Display. According to DisplayMate’s Raymond Soniera, the backlight LEDs, which are 2.5x stronger than the previous model, and the extra strain on the battery are what’s causing all of the warmth.

Apple insists that the iPad isn’t overheating to the point of malfunctioning, saying that it’s well within their “thermal specifications,” but I don’t know how much that will due to ease consumers’ fears and it certainly isn’t a denial that the Retina Display backlighting is the culprit. The problem is two-fold: there’s the worry that the excessive heat will damage the device, which Apple is addressing directly, but then there’s the issue of the device getting so hot that it’s physically uncomfortable to handle. I imagine that users experiencing the latter don’t really care about “thermal specifications.”