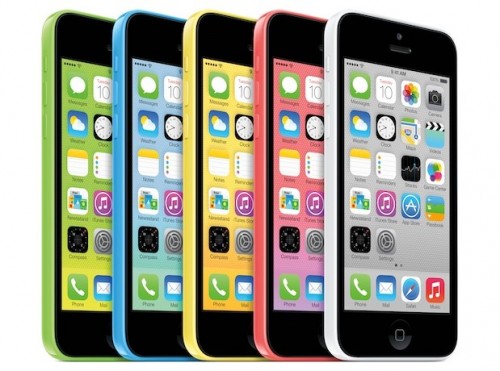 Somewhere Steve Jobs is rolling over in his grave as Apple today announced a budget iPhone, the iPhone 5c, a plastic constructed phone available in a 5 garishly bright colours: green, blue, yellow, red, and white.

Apple’s release of the 5C with its plastic case is an effort to provide a lower cost phone to those who wish to experience the latest Apple mobile device but at a lower entry fee.

It appears to be an iPhone 5 in every way. The same A6 processor, 4″ Retina Display, LTE/Wifi, and 8MP f/2.4 camera. The iPhone 5C is completely compatible with iOS 7 but lacks the fingerprint sensor, upgraded camera, and processing power of the also newly announced Apple iPhone 5S.