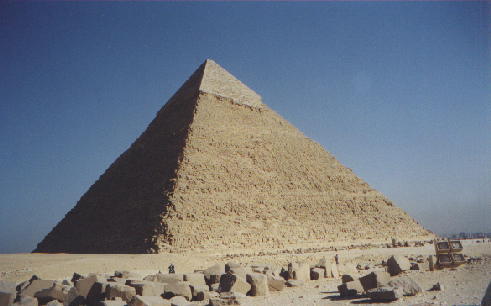 Both historians and architects had been wondering for many years how the Great Pyramid of Kheops – last remaining of the Seven Wonders of the World – had been constructed at an age where wheels, pulleys and iron tools were virtually unheard of. French architect Jean-Pierre Houdin had a hypothesis that Dassault Systčmes’ real-time 3D software allowed to test thoroughly. The computer simulation confirmed that the pyramid was indeed built from the inside, although further verification remains to be done on-site.

Dassault Systčmes’ real-time 3D solutions enabled Jean-Pierre Houdin to model and explore the pyramid in 3D and run simulations confirming his theory that the pyramid was built from the inside!