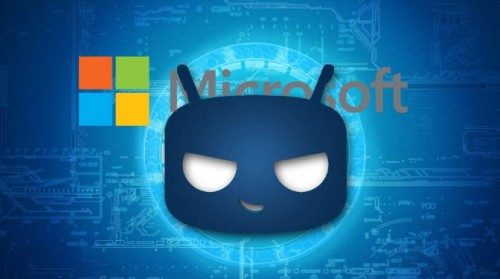 The enemy of my enemy is my friend? Or rather the awkward ally of the bitter sibling of that other guy can also be my colleague? In a somewhat twisted and strange series of events, Cyanogen has forged a “strategic partnership” with Microsoft that could spark some huge changes in the world of Android.

As you know, Cyanogen developed Cyanogenmod, one of the most popular custom ROMs of Android that has ever hit the Internet. It’s what powered the OnePlus One. And Microsoft, while clearly invested in Windows Phone, is aggressively working itself onto other platforms too, like iOS and Android. The new deal will see greater Microsoft integration in future builds of Cyanogen OS.

More specifically, Cyanogen be working in some of Microsoft’s existing apps and services–like OneDrive, Skype and Office–into devices running on Cyanogen OS. Microsoft will then help to create “native integrations” that enable “a powerful new class of experiences.” This encourages people to use Microsoft’s solutions over the ones that come pre-baked into Android.

If this sounds familiar, you may recall from my review of the Galaxy S6 that the Samsung smartphone also came with a series of pre-installed Microsoft apps (that you can’t uninstall). This looks to be a part of a bigger master plan on the part of Microsoft, slowly luring users away from Google. First, you’ll have a modified version of Android in the form of Cyanogen. Then, you’ll use some software to transform your Android devices into Windows 10 phones. And finally, you’ll be happily touting those new Lumia devices to your friends, exclaiming just how superior Cortana and Bing are to everything else.