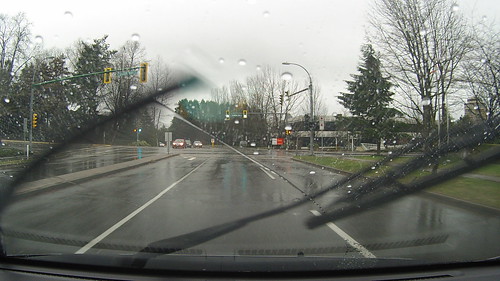 A common statistic that you may have heard is that young drivers are three times more likely to be involved in a fatal motor vehicle accident than their older counterparts. And even if we look at more of the minor fender-benders on the road, it’s not surprising that the least experienced of drivers happen to get into more accidents too. In addition to better driving training and additional practice, perhaps a more interesting strategy to reduce these kinds of problems among teenage drivers is with dashcams in the cars they drive.

Staying Safe Behind the Wheel

While it may be true that young drivers are typically involved in more motor vehicle accidents (on a per-mile driven basis) than older drivers, this does not necessarily mean that these teenage drivers are necessarily at fault with many of these fender benders. Sure, a more experienced driver may have been better able to avoid the accident, but it can very well be the guy in the other car that caused the accident with a dangerous lane change or illegal turn.

Given the widespread perception of bad teenage drivers, it’s easy to see how insurance companies (and the other drivers) can take advantage of the situation and place more blame on the new driver. That’s where dashcam footage can come into play. The high-resolution video can be your witness, because it can provide hard evidence for exactly what happened and not just what the other driver said happened. The effects of predatory tactics by older drivers can be significantly reduced.

Do Teens Drive Differently If They’re Being Watched?

At the same time, we certainly can’t discount the reality for teenage drivers. It’s perfectly understandable that they’ll try to obey the exact letter of the law and all of the best practices when they have an eagle-eyed parent or instructor sitting in the passenger seat. Even outside of the context of driving, it’s not surprising that teens will act differently around their friends than they do around their parents.

When there is a dashcam installed in the car, particularly with audio capabilities, there is an exact record of how the teen is driving in the absence of supervision. Parents can then review this footage accordingly and the teen driver will know that he or she is being watched, even if it is in an “after the fact” fashion. Mom or dad don’t need to ask where you’ve been or when you’ve been there, because the dashcam footage can have the GPS coordinates and timestamp in place. This builds on the same fundamental concept underpinning parental control solutions for computers and smartphones.

The automotive industry is recognizing this growing need. One recent example is Project Mobii, a collaboration effort by Ford and Intel. A camera in the car uses facial recognition to identify the driver and a series of presets can be automatically instated. For instance, parents may limit the speed of the car or the volume of the stereo for their teenage drivers.

The Added Safety Features of Dashcams

The core functionality of a dashcam is reasonably straightforward: it’s a video camera that you mount inside your car and it constantly records everything that is happening in front of the car. The video is usually broken up into smaller clips, typically of about five minutes each, so that you can find the exact segment that you need.

What’s great is that companies like PAPAGO! have dashcams with safety features that go above and beyond the call of duty. In addition to the video recording function, they may come with a lane departure warning system (LDWS) or a frontal collision detection system (FCDS) like what you may find in some higher end vehicles. These kinds of systems can further aid in improving the driving skills of teenage drivers and help them better avoid potential accidents.

A Safer Driver Is a Happier Driver

Driving is a privilege, but it’s also a right of passage. Parents are going to be concerned the first time that their son or daughter sleeps over at a friend’s house. They’re going to worry the first time little Jimmy or Julie get behind the wheel. While dashcams might not be all that helpful for sleepovers, they can be great for learning how to be a better driver. Parents can go over the footage with their teenage drivers after a lesson, for example, to further explain what they did right and what can be improved. At the end of the day, parents just want their kids to be safe, whether they’re having a slumber party or driving to the grocery store.

PAPAGO! dashcams are available online through a variety of retailers. They come in a number of styles to suit a broad range of budgets.