Are these the droids you are looking? Jedi mind tricks aside, robots and androids have certainly come a very long way since the days of R.O.B. on the Nintendo Entertainment System. And this week was just filled with brand new bots, so let’s see what you might have missed this week on MegaTechNews.

Dylan took a look at three new robots in his showcase article, including REEM-H2 shown above. This service bot escorts you around the mall, entertains you with its touchscreen, and abides by Asimov’s Three Laws… or does it?

Next, found a much smaller bot that could be equally useful. The Mini Cleaner Robot Electric Vacuum performs exactly the task from which it gets its namesake. It’s like a Roomba, but not at all like one.

Even though I’m still not convinced that I have any real utility for one, I kind of want a tablet. That said, I can’t really justify the $500 starting price for an iPad and I’d really rather do something with Android. But the Galaxy Tab and Motorola Xoom are still too much money.

That’s why I’m suddenly attracted to the Archos Arnova 10. It’s not the fanciest thing in the world, but this Android tablet is less than two hundred smackeroos.

It may not have a lot of storage (just 4GB), but there’s an SDHC slot to handle the videos, music, and pictures that I’d inevitably share on its 10-inch display. I just hope that Archos has finally taken the path of capacitive for its touchscreens. 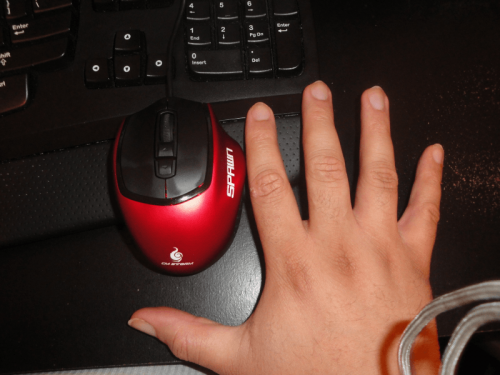 Until we enter Minority Report and figure out a useful way to integrate Kinect to our PCs, we’ll still need good computer mice. James spends some time with the CoolerMaster Spawn gaming mouse and he’s mostly impressed.

The red and black color schemes makes for quite the looker and its “plug and play” memory certainly helps. Save a button to a macro? It’ll do that on a new computer without any additional configuration. James says it’s a touch pricey at $49.99, but a $10 coupon would totally make this worth it.

Last, but certainly not least is yet another contest we’re hosting on MegaTechNews. It’s the Techie Twitter Tuesday Giveaway, this time sponsored by our friends at Zalman USA. They’ve been so kind as to provide not one, not two, but three prizes for us to giveaway.

Be sure to check out the contest post for how to enter. Hurry, because entries close on April 12.