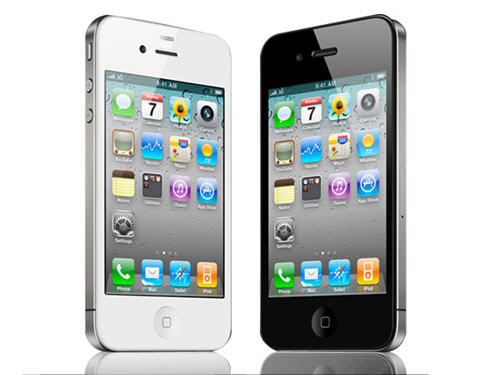 As we approach the third quarter, the Apple rumor mill keeps spinning into overdrive. Several key pieces of information have leaked over the past week that appear to solidify Apple’s intentions and plans for the next generation iPhone 5 and iPad 3 devices. Here’s what we know so far:

DigiTimes has noted that despite the traditional third-quarter peak manufacturing season, Apple’s iPhone 4 PCB orders to current suppliers has dropped by approximately 10% in the current quarter. There is no word yet on PCB orders for the next iPhone, but then again, you wouldn’t expect anyone under NDA to come clean that easily. This non-confirmation confirmation fits with speculation of the next iPhone coming out around the September timeframe, along with the release of iOS5.

Next up, photos claimed to belong to the back plate of Apple’s next iPhone have shown up on the interwebs. Note that the LED flash has been moved to the opposite corner in the re-design (pictured left) as opposed to being next to the camera sensor on the current iPhone 4 (pictured right). This bit dovetails nicely with Apple’s own revelation that the LED flash was the cause of the delayed release of the white iPhone 4 due to “light interference issues.”

Redmond Pie notes that Apple’s A6 processor could very well move to Taiwan’s TSMC for manufacturing. This is in stark contrast to the A4 and A5 processors, which are currently being manufactured for Apple by Samsung. Given the recent nasty lawsuits between the two parties, the chances that Samsung’s semiconductor manufacturing arm could keep this business were less than zero.

The move to TSMC would allow Apple to transition the A6 to either a 32nm or even 22nm manufacturing node. At minimum, one could expect the A6 to be a clocked up version of the dual-core A5 processor, with an outside chance of a quad-core version at the smaller 22nm geometry. There are no reports of any Apple orders to TSMC for 2011 delivery, which would indicate a 2012 delivery for the A6 at the earliest.

Based on these tidbits of info, here is what we can surmise.

The next iPhone will likely be the rumored iPhone 4S, which marks this as a minor refresh much like the 3G to 3GS transition. The chance that we’ll see the rumored iPhone 5 with larger 3.7″ LCD are diminishing fast. Expect the iPhone 4S to sport the faster A5 processor, improved 8 megapixel camera sensor, and offer 32GB/64GB versions. The new iPhone 4S should continue to use the same 3.5″ retina display and maintain current iPhone 4 form factor, although the back panel will be made of something other than glass.

The appearance of an A6 would hint at its inclusion in the next iPad 3 refresh which is still 8 or 9 months off. One would expect that the next iPad would need a beefier processor due to revelations of doubled resolution iPad art assets found in current iOS5 developer builds. Given the timeframe, however, it is highly likely we’ll see a higher clocked dual-core A6 at 32nm from TSMC in 2012. Moore’s Law dictates an Intel-like tick-tock cycle which alternates shrinks of current designs with totally new designs on bleeding-edge process geometries every other processor generation. A quad-core version will probably be seen in the A7 followup somewhere after 2013.

Finally, the iPad 2’s display is only 260 dpi, which forced Apple to drop the use of “retina display” for the current generation iPad. Apple would need greater than 300 dpi in order to make a claim for a “retina display” – the iPhone 4’s display is 326 dpi. Therefore, expect a higher resolution 9.7″ LCD as part of the next iPad 3 refresh. The camera should also be updated to at least 5 megapixel and possibly 8 megapixel as the next panel should be capable of 1080p. Otherwise, we can expect all of these devices to be generally faster, thinner and lighter than their predecessors, while maintaining the same or better battery life – which is in line with Apple’s design philosophy.