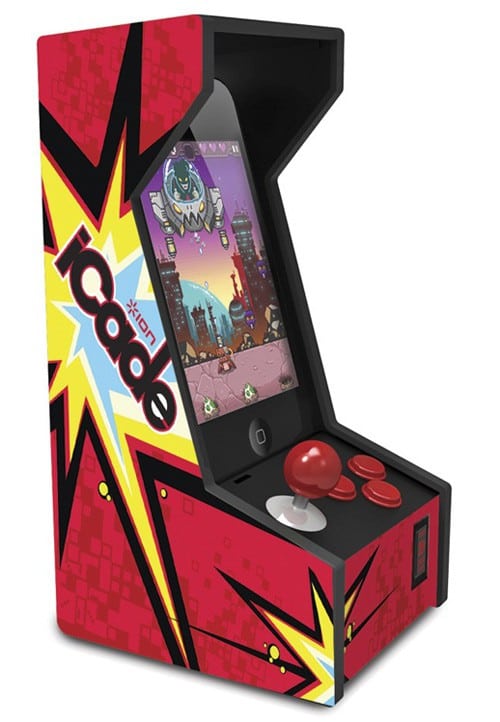 Remember the iCade? The arcade attachment for the iPad was a huge success when it was unveiled early last year so it only makes sense that ThinkGeek and ION Audio are following up with the iCade Jr, a miniaturized version that works with your iPhone or iPod Touch.

The iCade Jr. connects to your device via Bluetooth, though you can charge with the 30-pin cord through a slot in the cabinet. The gaming device features a joystick, four front buttons, and four trigger buttons located in the back. The original iCade sold for $99.99, so the Junior model will more than likely go for less; I’d guess around $75. A release date hasn’t been specified either, but GadgetReview is predicting a March date, which sounds likely.