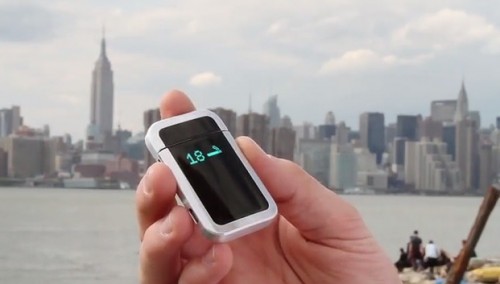 If you’ve ever been a smoker, you know how very hard it is to quit. Everyone assumes it’s some personal flaw if you try to quit and fail. It’s not. Trust me on this: Smoking is an addiction, and the difficulty in quitting has been compared to that of quitting heroin. There are of course almost endless gadgets, pills, groups, and methods with the goal of getting you to quit, but Quitbit has something unique to offer that I really think could make the difference between success and failure for a lot of people.

Quitbit is a smart lighter, connected to an app on your phone to track your smoking habits. Using a lighter to help you quit seems counter-intuitive, doesn’t it? But when you look into it further, it makes no end of sense. It starts by helping you understand your smoking habits by tracking how often you light up, and then provides feedback to allow you to make smarter decisions. It tracks how many cigarettes you’ve smoked as well as how long it’s been since your last one. You can then take that data and use it to determine what your triggers are (although I’m sure you’re already aware of many of them), and make a plan to choose another activity instead. 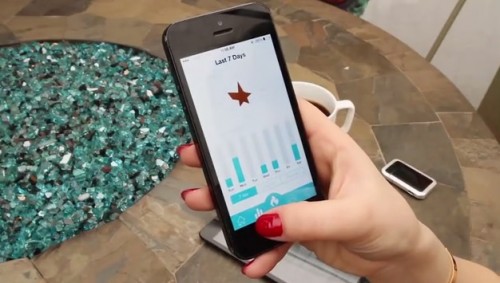 If that’s all it did, it would be neat but not spectacular. In addition to tracking, however, you can also customize Quitbit to automatically disable itself once you’ve smoked as many cigarettes as you want to allow yourself in a day, or to only work on a timed scheduled of your choosing. Sure, you can just use another lighter, but if you’re serious about quitting, you need to be actively involved, not just rely on a gadget to do it for you. Quitbit will give you the tools; it’s up to you to use them.

Currently, Quitbit is up on Kickstarter with about three weeks until the end of its funding period. They still need about $13,000 in pledges, so now is the time to act if you think this is for you. A pledge of at least $79.00 US will get you a Quitbit lighter and the app (although there is only one left as of the time I’m writing this, so your next option is $89.00 US). Expect it to retail for $149.00 US.

Quitbit is about the size of a standard Zippo, and the app is compatible with iPhone 4s/5/5s and Android 4.3 and up. The battery lasts about 100 lights before requiring a recharge, and it takes about two hours to fully charge. It connects via Bluetooth LE, and will even send a notification to your phone if you accidentally leave it somewhere. Get this: It’s TSA approved, so you can take it with you when you fly! No worries if you’re lighting a cigarette for a friend either; Quitbit doesn’t count multiple lighting events within a few minutes, so those won’t count in your total. If you’re thinking of quitting, this really seems like an excellent tool to accomplish your goal.