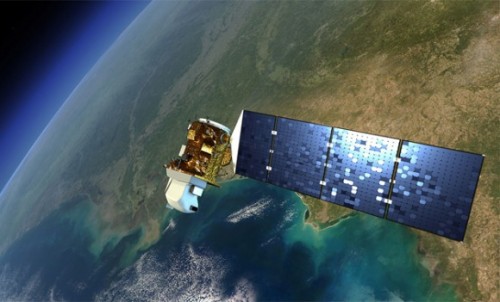 Happy 40th birthday, ERTS-1. You’re officially over the hill. The ERTS-1, the first Landsat satellite, was launched into space on July 23, 1972 by NASA for global observation purposes and has since become the oldest of its kind. I was going to get it a card, but Hallmark didn’t have anything for middle-aged space equipment.

Landsat satellites offer a unique and crucial view of the world that isn’t available anywhere else. With ERTS-1 in particular, NASA has been able to watch how the world’s been changing on a global scale for the past four decades. This is especially important for observing farmland, as well as grasslands, forests, and other geographical data.

The most recent Landsat satellite was sent into orbit in 1999 and the next is primed to go next year. The Landsat Data Continuity Mission satellite that’s being launched in 2013 will be equipped with the most up-to-date thermal infrared sensors and imaging equipment.