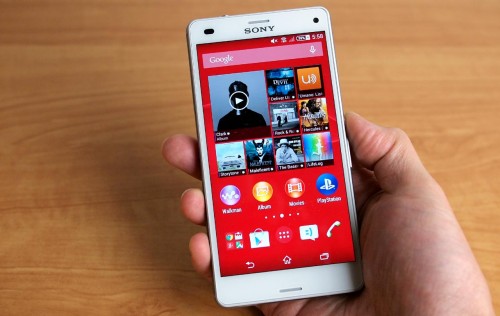 What’s the biggest problem (terrible pun intended) with just about all flagship smartphones these days? They’re all kind of huge. We don’t even need to discuss the phablet category with devices like the Nexus 6 and the iPhone 6 Plus to discover this issue, as even “mainstream” devices like the Galaxy S5 and the new Moto X are north of the 5-inch range for screen size.

Sure, there are some smaller smartphones out there, but you end up sacrificing a lot more than just screen size when you opt for these mid-tier devices. You get slower processors, less memory and worse cameras. Sony knows your pain and that’s where the Sony Xperia Z3 Compact is meant to slot into the marketplace.

Strangely, this is a niche that has been heavily ignored by many of the other Android device manufacturers, forcing you to choose between a weaker, smaller device or a larger, more powerful one. Announced in September, the Xperia Z3 Compact is just about everything that the larger Xperia Z3 is, only in a smaller package.

That isn’t to say they are completely identical. The 4.6-inch TRILUMINOS display on the Z3 Compact is only of the 720p variety, while its bigger twin brother gets 1080p. You also lose a gig of RAM, though the 2GB that the Z3 Compact gets is more than adequate. Along with that, you get a Snapdragon 801 processor, 16GB of storage, a 20MP camera, LTE support, IP68 certification and a 2600mAh battery.

Aside from the noted difference in screen resolution, the Z3 Compact easily holds its own against the current stable of Android flagships, all in a package that is 11mm shorter and 2mm narrower than the iPhone 6 (though Apple’s device wins in the thinness department). 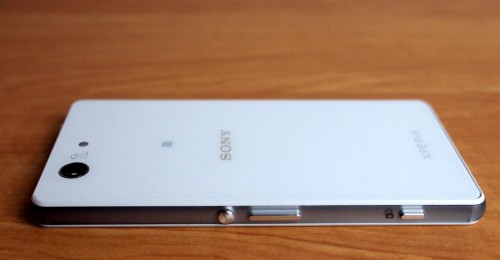 Well, saying that the Xperia Z3 Compact is the same as the regular Z3 isn’t entirely fair when it comes to build either. You do get that shatterproof glass on the back, a carry-over from previous Xperia Z-series smartphones, but the frame is a sort of soft-touch plastic. This takes away from the premium feel you get in the full-sized Z3.

Plastic frame notwithstanding, Sony has done a pretty great albeit familiar job here. The bezel around the screen is minimal, including the top and bottom, helping to further decrease the footprint of the Z3 Compact. They’ve kept the same layout, putting the round power button on the right, above the volume rocker and the dedicated camera button, the last of which is increasingly rare on Android phones. 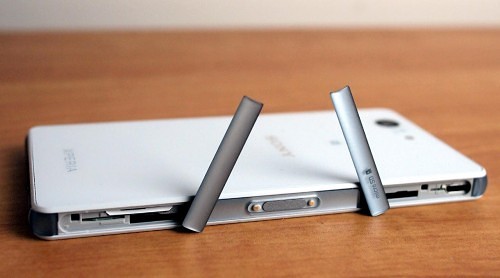 There are two flaps on the side that open up to reveal the microUSB charging port, microSD card slot and SIM tray. These aren’t terribly annoying and they are required for the waterproof-ness to work, but I still don’t like them. The good news is that Sony has kept the magnetic charging connector on that side too. The bad news is the magnetic charger is not included. 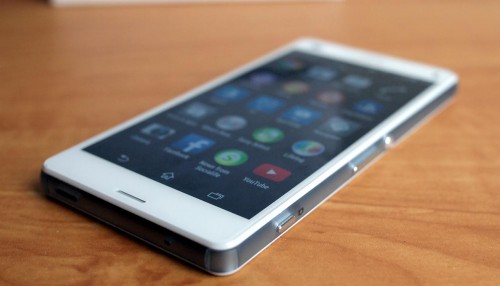 For better or for worse, from a distance, the Xperia Z3 Compact can be pretty easily mistaken for an iPhone 6, especially among the less tech-savvy. For those of us who are more in the know, the differences are obvious: lack of the home button, the clearly visible power button on the side, and so on.

But you know what? That’s okay, because this is a pretty great phone. In the two weeks that I got to use the Xperia Z3 Compact as a “daily driver” smartphone, I never once felt lacking for performance. Having a dedicated camera button, especially with the long press for a quick launch (even when the screen is off, if you desire) is so useful. Apps run smoothly and even though the display is nowhere near as big as the Xperia Z Ultra, the “Small Apps” are still here too.

The smaller size really does make this phone easier to carry around that its bigger brethren and you don’t really miss the 1080p in most usage cases. Where I did notice a difference, both in resolution and screen size, is in playing Angry Birds Transformers. When I zoom in on a portion of the map, some of the text doesn’t scale accordingly and it became quite difficult to read.

And while I didn’t get to try the PS4 Remote Play feature (there’s no PS4 in the office), I can see how it could get frustrating trying to see the finer details of a console game meant to be played on an HDTV several times bigger. The good news is that synchronizing your PS4 with the Xperia Z3 Compact looks pretty straightforward. 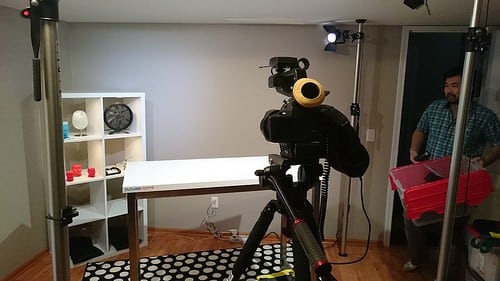 From what I can gather, the Sony Xperia Z3 Compact uses the same 20.7 megapixel camera sensor as we’ve seen in other Xperia products. And as far as I can tell, the image quality is about the same. Colors can appear a little on the muted side at times and some photos come out a little too dim for my tastes. 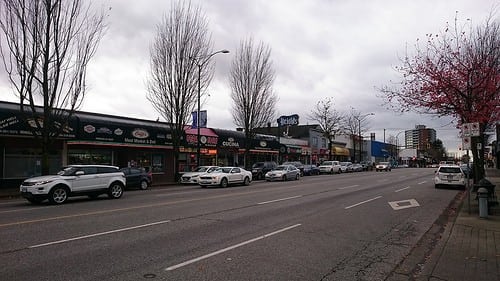 I’ve uploaded a few more samples to my Flickr photostream if you want to have a look. The camera is also capable of shooting 4K video, but in practice, you’re likely better off just shooting in regular 1080p to save some storage space and bandwidth. The 4K video sample I uploaded to YouTube is a testament to that. 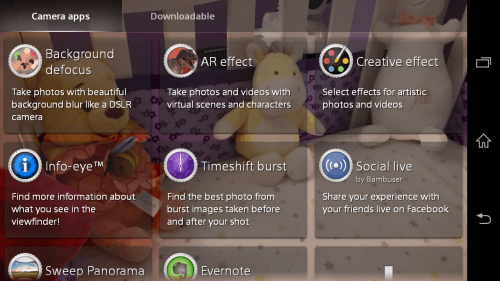 Inside of Sony’s camera app are a series of additional modes, again many of which we’ve seen before like the background defocus and AR effect. There is an additional tab called “Downloadable” where you can find more shooting modes and effects.

From a performance standpoint, and this should come as little surprise, the Sony Xperia Z3 Compact holds its own against the rest of the higher end Android smartphones without too much trouble. With a 3DMark Ice Storm Unlimited score of 18,920 and an AnTuTu 5.1.5 score of 43,348, it’s right up there with the Galaxy S5 and others of that ilk.

I wasn’t as impressed with the 32Mbps downstream I got in the city of Vancouver, though we may be able to chalk that up to the Bell LTE network, along with only being able to get two bars of service.

This phone defines a class of device that is currently being underserved. People who want a smaller phone may not be satisfied with the more anemic specs of something like the Xperia M2; they just want something that isn’t gargauntuan. In this regard, the Xperia Z3 Compact wins.

It’s more powerful than the Galaxy Alpha from Samsung, but Sony’s phone lacks the metal band construction. And since the Android navigation buttons are on-screen, the 4.6-inch 720p display starts to feel even smaller. Some people are satisfied with that. For those who aren’t, there is no shortage of Android phones north of five inches. Having true two-day battery life under real world circumstances is a serious plus too.

The Sony Xperia Z3 Compact is available factory unlocked for around $500 or for $80 on a new two-year contract with Bell Mobility in Canada.