After a few years of pushing its Xperia Z line of smartphones, Sony is starting fresh-ish with the Xperia X series. The flagship of this new family is the Sony Xperia X Performance, a premium phone that is now available in Canada and beyond.

Xperia X Performance at a Glance

As you might recall, the Xperia X Performance was announced earlier this year alongside its less expensive stablemates the Xperia X, Xperia XA, and Xperia XA Ultra. As the range-topper, it gets the best spec sheet of the bunch.

Behind the 5-inch 1080p IPS LCD display with Sony’s Triluminos and X-Reality Engine technology, you’ll find a Snapdragon 820 chip, 32GB of flash storage, 3GB of RAM, a non-removable 2700 mAh lithium-ion battery and microSD expansion. The phone comes powered by Android 6.0.1. The rear camera appears to be the same 23MP sensor we saw on the Xperia Z5, but it is only capable of shooting up to 1080p video. There’s no 4K support here. The front camera is 13MP and the Xperia X Performance is IP68 certified dustproof and water-resistant.

It is interesting how the packaging almost mirrors what you we’re led to expect about this phone. The outer white box is decided understated, but the inner box screams with color and personality. And while most other new flagships are moving toward USB-C these days, the X Performance sticks with micro-USB.

Unleashing the X Factor from A to Z?

Sony gives us this sense that the Xperia X series is meant to be a reboot, but it can’t help but to borrow from the older Z series. Some of the design cues carry over, like the flattened oval-shaped power button on the side, along with the dedicated camera button. I very much appreciate the latter, especially since you can hold it down to quick launch the camera app. The power button is also where you’ll find the integrated fingerprint sensor.

It is a minor annoyance for me, though, how the volume rocker is also found along the right side of the phone. By having all the buttons on one side, it’s not as immediately obvious what you’re pressing when you pick up the phone blind. I held the volume down button when I wanted the camera button sometimes. Moving the volume rocker above the power button would have helped.

Switching from Glass to Metal

By far the biggest departure we see in the Xperia X Performance compared to the flagship Xperia Z phones that came before it is the seamless brushed metal finish on the back. The smooth glass back is gone. This is both a pro and a con, I suppose, as the glass gave Sony’s phones a very distinctive look. They just attracted fingerprints like mad and they could prove especially slippery in hand.

The frame all the way around the phone is still made from a slightly rounded polycarbonate material that’s meant to hold up to damage a little better. On the one hand, it gives the phone a less premium feel. On the other hand, the almost “bulbous” shape makes the phone easier to grip. On the front, you get a 2.5D “curved” (but not really curved) glass that’s a real joy to swipe and tap.

A common complaint about older Xperia phones was that their displays were a little more “muted” in saturation and contrast. They were almost too natural, especially when compared to the bold presentation of competing AMOLED screens. With the Xperia X Performance, Sony has bumped things up a notch with saturation. For better or for worse, they only went with FHD. It’s a curious choice when every other flagship has gone to Quad HD. I didn’t really miss the extra pixels.

The camera app on the Xperia X Performance doesn’t come with too many surprises. Just as we saw with earlier phones like the Xperia Z3 Compact from a couple years ago, you can tap into creative effects like the AR effect and sweep panorama. You’ll be shooting in intelligent auto most of the time, but you can fine-tune your shot a little more with manual mode too.

The hybrid autofocus is fast, even when you start dabbling with low-light macro shots. Having the dedicated shutter button is also a major plus. As far as picture quality goes, I found that the software can get too aggressive with sharpening and contrast under some situations. You notice this is the picture of the flower below. Move to a more balanced lighting situation, like under indirect sunlight, and you get a much more natural result like the shot of the storefront. 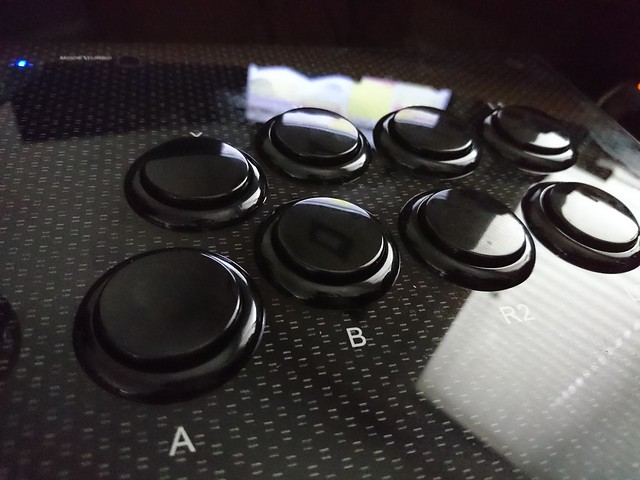 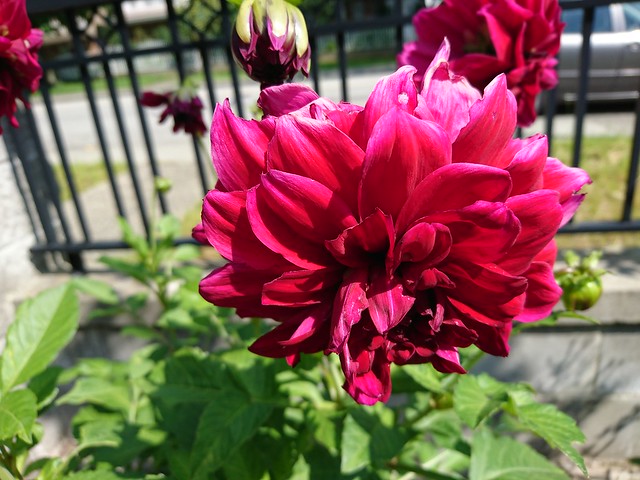 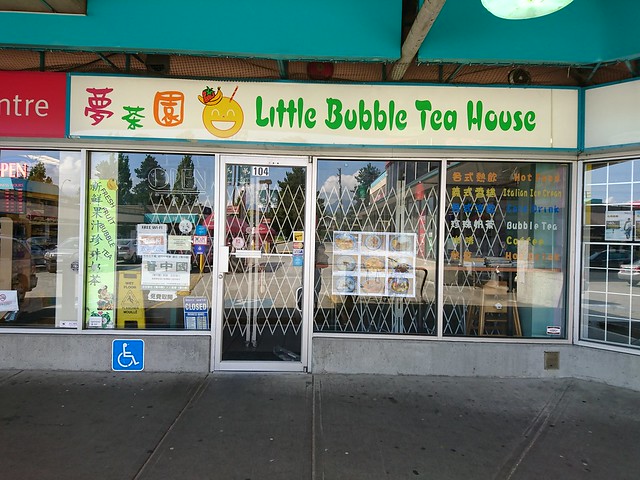 Under most situations, you’re not going to be terribly disappointed with the shots you get with this phone. You likely won’t be amazed by them either. I’ve uploaded a few more sample photos on Flickr, including a panorama, if you want to take a look.

As mentioned above, the Xperia X Performance curiously does not support 4K video recording. Here’s a sample video shot at full HD 1080p at 30 frames per second. There is also an option for 60 frames per second if you prefer.

With a Snapdragon 820 processor, the Xperia X Performance largely holds its own against other major flagships. Some of the other phones might be pushing 4GB or more of RAM, but the three gigs here is still plenty for practically everyone except for spec geeks. The single-core and multi-core scores of 2286 and 5404 in Geekbench 3 are roughly comparable to the LG G5 and superior to the ZTE Axon Pro. We find a similar story in AnTuTu, though the G5’s score of 138,000 is a grade above the score of 124,000.

Curiously, the Xperia X Performance does very well in the PCMark work benchmark with a score of 6228 (beating the LG G5’s 5628), but it falls a little short with 3DMark Sling Shot (2072 vs. LG G5’s 2499). In practice, playing a variety of mobile games on this phone, I never really encountered any issues, stuttering or crashing.

The biggest problem plaguing the Xperia X Performance isn’t a lack of performance. You’ll never really find yourself wanting for more processing power, at least until the next generation of flagships hit the market. You won’t be terribly disappointed by the camera and you won’t hate the form factor. The biggest problem is that it lacks anything that makes you go wow.

The X series was supposed to reinvigorate the Xperia brand. Realistically, it’s just resetting the numbers from the Z series and taking away the glass back. It’s also not keeping up with the arms race led by other manufacturers, lacking 4K video shooting, a Quad HD display, 4GB of RAM and other items that should tick the boxes. If I had a PS4, I may have appreciated Remote Play as a differentiating feature. As it stands, I’m not sure why you’d pick this over something like a Galaxy S7 or even the Moto Z.

The Sony Xperia X Performance is available in Canada through Bell Mobility and Rogers Wireless. Both carriers are selling the phone starting from $199.99 on a qualifying 2-year term or $699.99 outright with no term.