Search
Home
MEGATech Reviews
MEGATech Reviews: Samsung Galaxy S8+
What risk of explosion? Oh never mind about that, because this new phone has an Infinity Display. And it truly is glorious.
Pros
Cons
2017-05-19
9Overall Score

Ever since the first generation Galaxy S — I owned the Captivate — I’ve been a fan of Samsung’s phones. They’re not without their faults, to be sure, but you would’ve been hard pressed to find any contemporaries with better displays. That tradition continues with the Samsung Galaxy S8 and Galaxy S8+. Is this the best thing ever? Spoiler: it gets pretty close.

Remember back in 2011 when we thought the 5.3-inch screen on the original Galaxy Note was absurdly huge for a smartphone? How naive we were. The truth is that a big part of the problem with big screens before is that they were still accompanied with big bezels, making for even bigger devices. With each successive generation, this has gotten better and the Galaxy S8+ has just about the least about of bezel ever.

This is thanks to the fact that this is the first Samsung smartphone to lack any buttons, physical or touch-sensitive, below the display. Instead, you get on-screen buttons for back, home and multitasking and, for the first time ever, you can finally put the “back” button on the left side like every other Android device. Thank you, Samsung. The home button, as you may have heard, is omnipresent, even if you don’t actually see it. Press a little harder on where the virtual home button would be and you’ll go back to your home screen.

Before we caught wind of the exploding battery fiasco, I showered the Galaxy Note7 with praise. It’s a gorgeous, powerful device that ticked a lot of boxes. The Galaxy S8 and S8+ continue in that tradition, sans S Pen and (hopefully) sans fiery death traps.

In fact, you’ll find a lot of things in common with the Galaxy Note7 here. The Galaxy S8+ also uses a USB-C port and it retains a headphone jack too, a feature that is becoming increasingly rare in flagship smartphones. It is a little disappointing that there is just one speaker located along the bottom edge, so watching videos or playing games in landscape leaves a little something to be desired.

And speaking of the speaker, because of the design of the phone, I found myself accidentally blocking the speaker when holding the phone in both hands in landscape mode. My thumb would come to rest there naturally. I understand the lack of front-facing speakers, because they were prioritizing the minimal bezels, but it’s still worth noting.

Let’s just get this out of the way. The Infinity Display on the Samsung Galaxy S8+ is unequivocally the best-looking display I have ever seen on a smartphone. Full stop. Samsung has always done a terrific job with its Super AMOLED panels and while some users find them over-saturated, I love these screens. And this is the best iteration to date.

The dual curve means the screen feels like it practically melts away on the sides and because there is no more physical home button, you get a more symmetrical experience in landscape too. It’s beautiful. And while the display boasts a Quad HD resolution, you can dial that back to full HD in the settings if you want to preserve some battery life. YouTube and Netflix are a joy either way.

But the unconventional 18:9 (or 2:1, if you want to simplify) aspect ratio raises some strangeness. No one has video in this aspect ratio, so when you’re watching something, you can either crop in to fill the whole screen or you can suffer through the black bars on either side (which will still take on the YouTube channel logo in the corner).

It can be a little weird. And it’s a little weird to hold too, though that has been improved over previous “edge” enhanced Samsungs.

When you read that the Samsung Galaxy S8+ has a 6.2-inch screen, you expect it to have monstrous proportions that no one would actually want to hold and use in one hand. Yes, there are options in the settings menu to make it more one-handed friendly, but I don’t think too many people are actually going to use those.

The tale of size is two-fold. On the one hand (no pun intended), the Galaxy S8+ is surprisingly narrow and slim, so width is not an issue for holding comfortably in one hand. The height is another matter. Yes, the bezels are minimal, but it’s still a very tall phone. They’ve taken the standard 16:9 aspect ratio and added an extra 400 pixels to it to create the 18:9 (2:1) aspect ratio. Reaching around with your thumb is a bit of a stretch.

Even worse is the placement of the fingerprint sensor, which has now been relocated to the back next to the camera. This creates two huge problems. First, it’s a pretty big reach to send your index finger all the way up there to unlock the phone. Other phones with rear-placed fingerprint readers tend to put them closer to the middle, like on the Pixel series. Second, you will smudge your finger across the camera lens more often than you’d like. The oleophobic coating seems to work quite well, but still.

The hope is that in the Galaxy Note 8 or maybe the Galaxy S9, Samsung will integrate the fingerprint reader into the virtual home button, as was previously rumored and as is currently rumored for the next iPhone later this year. 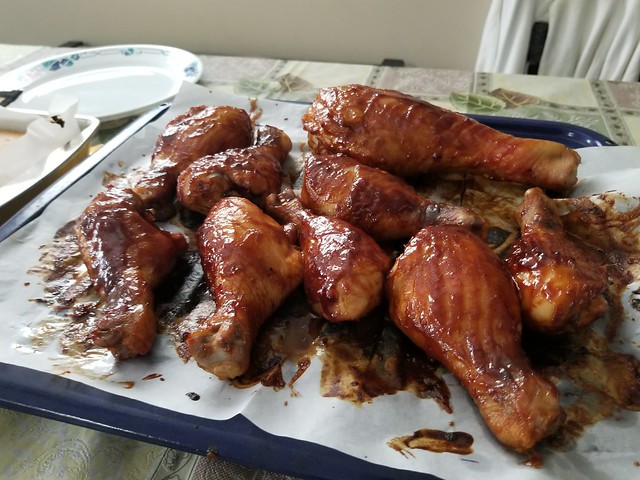 If it ain’t broke, don’t fix it. The camera setup on the Galaxy S8 and S8+ remain largely unchanged over the Galaxy S7 and Note7 and that’s not a bad thing. It’s still one of the best smartphone cameras in the business and it has only recently been very narrowly beaten out by the HTC U11 in DxOMark.

Details are sharp, colors are vibrant, contrast is strong. Much like Samsung’s AMOLED screens, some people may argue that these photos (and videos) are a little too over-processed, but that’s a matter of personal preference. 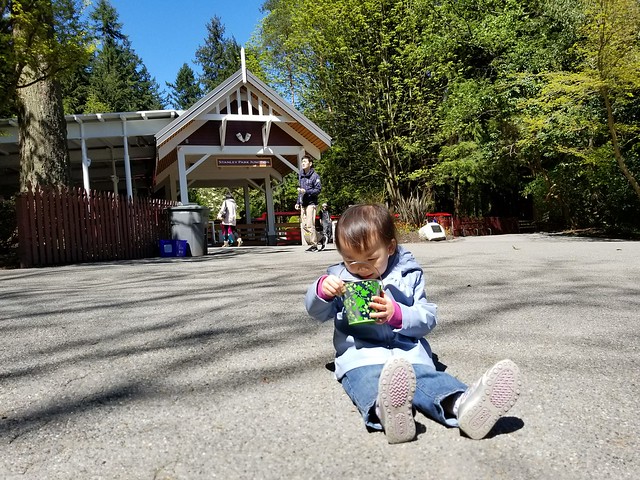 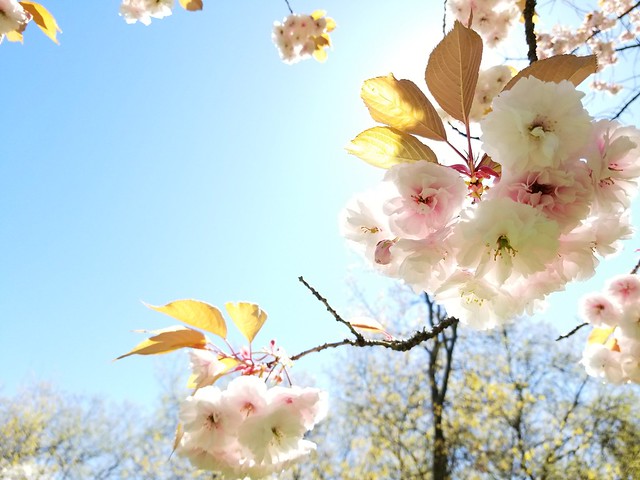 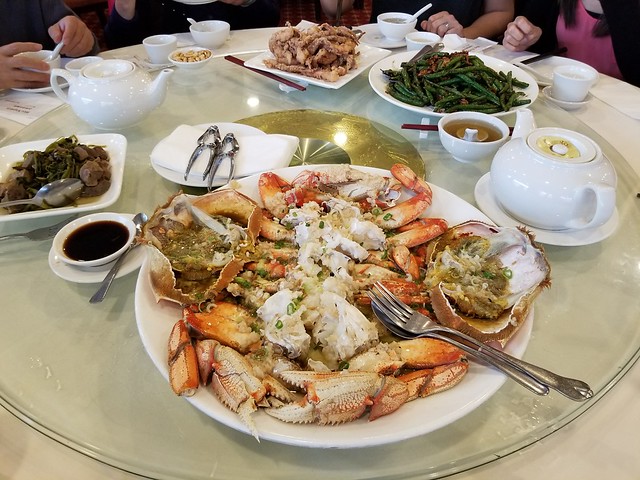 With the powerful Snapdragon 835 under the hood and a respectable 4GB of RAM, the Galaxy S8+ easily rises to the top of the heap for many benchmarks. It’s no slouch, even if other phones may have more RAM on board.

The story is much the same in AnTuTu with a score of 164,716 and in 3DMark, with 3500 in Sling Shot Extreme and 37,233 in Ice Storm Unlimited. This handily beats out just about all of the current competition.

My experience with the Samsung Galaxy S8+ echoes sentiments expressed in other reviews around the web. The screen is positively gorgeous, the performance is class-leading, and the design is as classy as it gets. The edges are easier to hold than before, not digging into your fingers or palms like before. There’s a lot to like. And I do really like this device.

But there are also some curious decisions and compromises that had to be made in order to achieve this creative vision. The extra tall design will prove challenging unless you’ve got E.T.-like fingers, especially when craning over to hit that fingerprint sensor on the back. The inclusion of a dedicated Bixby button just seems silly, especially when you’ve already got Google Assistant baked in.

Samsung has addressed some of the app duplication (Gallery vs. Photos, etc.) as part of the initial setup process, but this whole Bixby situation is just confusing and unnecessary at this point. The Apps and People Edge are useful as before. And the option to replace the app drawer button with a swiping-up gesture from the home screen is a nice touch too.

The thing is that this phone goes for about $850 US unlocked (contract pricing varies by carrier) and it’s becoming harder to justify such a cost. There are some great phones for half the price and even if you love all things Samsung, you won’t miss out on much if you pick up last year’s S7 or S7 Edge instead. At least you’ll be able to reach the fingerprint reader comfortably.