I’ve been a fan of the Galaxy series of smartphones from Samsung since the first Galaxy S many moons ago. Yes, some people may have their gripes about the plasticky feel, the oversaturated display or the TouchWiz UI, but my impressions of these phones has generally been positive. Given this, I fully expected to be equally impressed with the newly launched Samsung Galaxy S5. Is this fifth-generation device worth your hard-earned money? Or are there better alternatives on the market?

The Evolution of the Galaxy

Something that I’ve commented on recently is that it feels like the world of smartphones is hitting a plateau of sorts. Sure, you could cram more cores into that processor or more pixels into that display, but these incremental improvements don’t necessarily translate to any real world value to the typical consumer. It’s with that kind of philosophy that we’ve seen products like the Moto X come to light.

And so, when I got my first hands-on session with the Galaxy S5 a couple of weeks ago, I wasn’t really expecting to be wowed. In many ways, the S5 represents the natural progression of the Galaxy line rather than being a real revolutionary product.

Indeed, while there are talks that 2K smartphone displays are the next big thing, Samsung has stuck with “just” 1080p for this marginally bigger 5.1-inch Super AMOLED display. The processor is more powerful (a quad-core 2.5GHz Krait 400), backed by the same 2GB of RAM. There’s an argument to be made that it’s not a true S5 as much as it is an S4 Plus, but we could say the same thing about the move from the HTC One to the HTC One M8. It’s just the state of the industry at the moment.

Singing in the Rain?

That’s not to say that Samsung hasn’t worked to provide us with an improved product. For starters, we now get that leather-like rubberized back from the Note 3, rather than the slippery plastic back of the Galaxy S4 before it. Another big step is the IP67 certification for resistance to dust and water.

It’s not a ruggedized phone, but this means that your S5 will be able to survive a little more abuse in the dust and moisture department. Better still, unlike what we’ve found with some competing products, Samsung hasn’t taken the route of completing sealing up the phone to make everything inaccessible. You can still take the back off and get at the user-replaceable battery, as well as the microSD and SIM slots. The way they keep the water out is with a rubber strip on the inside of the back cover, acting as a water-sealing grommet.

As mentioned, the Samsung Galaxy S5 is more of the natural evolution of the line rather than being a brand new product altogether. It borrows some elements from the S4 and takes on features from the Note 3, many of which are software-based rather than being hardware-based. You can partake in the multi-window function, for example.

And then there is the S Health app that you can use to track your fitness goals. There’s still the pedometer feature and the ability to log your meals, but now Samsung has also added a heart rate monitor to the rear of the phone, just below the camera module. The utility here will be lost on some, but it does provide some value to those who want it. 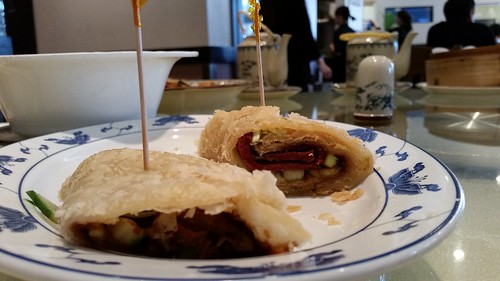 Yes, Samsung upgraded the camera from a 13MP shooter in the S4 to a 16MP shooter here, but the actual camera quality here really isn’t all that different. Details are still quite crisp and sharp in good lighting conditions, though I did find that some photos came out underexposed. And while some images look pretty good on the Super AMOLED display of the phone, they look a little muted or under-saturated when viewed back on the computer at home. 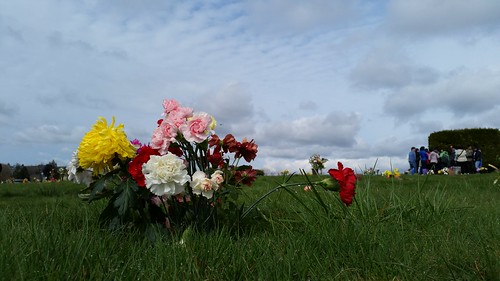 What I will say is that the autofocus works very well and snaps your images into focus quite quickly. Samsung says it’ll do it in about 0.3 seconds and my real world testing largely confirmed these claims. You can also take advantage of software-based features that’ll enhance the bokeh for an artistic touch. As with previous efforts, there additional modes, but fewer come pre-installed this time around. Instead, you’re led to log in with your Samsung account to download more.

Another point that came up during conversation at our preview session a couple weeks ago was that we haven’t seen nearly as much innovation and improvement on the front camera than the rear. That’s an observation of the industry as a whole and not just Samsung, which has stuck with a 2MP front camera. Given the growing popularity of the selfie, you would think that they’d work to give us better front cameras. This one is still quite unexceptional.

For my part, perhaps one of the best features of the Samsung Galaxy S5 also happens to be one of its most basic. We talk about getting more cores, more megapixels, more RAMs and bigger GBs, but these all come at the expense of reduced battery life. It doesn’t matter how powerful your phone is if it’s out of juice.

While I was able to get the Galaxy S5 to last a solid day under normal use, it offers great peace of mind to know that there is an Ultra Battery Saving Mode as an emergency measure. When activated, it shuts down all unnecessary processes, stripping you down to a really basic, black-and-white user interface. You’ll no longer get push notifications and you can’t even take screenshots anymore. However, phone calls and SMS still work and you can even surf the web in monochrome.

The key here is that you’ll get another 24 hours of use on just a 10% charge. That’s tremendous and, in my real world test, the phone really does hold up to that claim.

You know, there are very few things to really complain about when it comes to the Samsung Galaxy S5. Sure, we may have liked more pixels on the screen. Yes, the fingerprint reader can be a little cumbersome and slow (you have to slide your finger just so across the home button). And the camera is simply pretty good, but not exactly stellar.

Aye, but there’s the rub. It’s thin, it’s powerful and it’s got a heart rate monitor. The Ultra Power Saving Mode is a little quirky, but possibly quite useful, and the overall build quality, though plastic, is starting to feel a little more premium. The bottom line is this phone really is pretty darn good in just about everything it does, but it never pushed me over to the edge where I’d say it’s absolutely remarkable. It’s missing the “wow” factor, but you’d hardly be disappointed if you picked one up.