In case you haven’t noticed, more affordable smartphones aren’t complete and utter garbage anymore. While it is certainly true that the newest and shiniest flagships will always have the best features and the fanciest designs, those of us with thinner wallets can get something pretty decent too. It’s likely not a phone that’s on the radar for most people, but the LG G4 Vigor might find its way into your digital life too, especially considering that you can get it for free on contract.

As its name quite clearly indicates, the LG G4 Vigor borrows much of its inspiration from the real LG G4, except at a much more affordable price point. The funny thing is (if you can call it funny) is that this phone realistically borrows more of its inspiration from last year’s G3 rather than this year’s G4. The back looks more like the G3, for starters, based on the layout and the lack of leather.

Of course, being positioned as more of a budget-oriented device, the LG G4 Vigor also has to skimp on some of the features. From what I can gather, the G4 Vigor is fundamentally identical to the G4 Beat sold in some other markets. 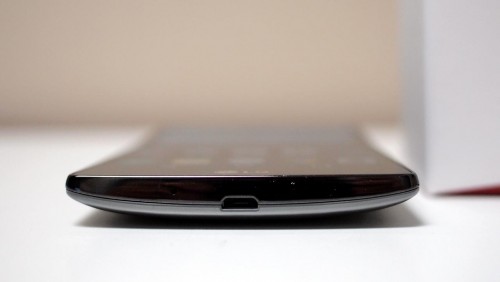 Let’s get one thing perfectly clear. No one should or will put this phone on the same tier as something like the Galaxy Note 5. Compared to other more budget-oriented phones, though, the LG G4 Vigor easily holds its own. Yes, there’s still a lot of plastic, but even the removable back plate has a good amount of stiffness to it. There is some assurance to the robustness of the build, even if it’s only a placebo.

The overall design is perfectly in line with what LG has being doing as of late, complete with a slight curve to the back that is clearly visible when viewing the phone from either the top or the bottom. And in usual LG fashion, the buttons have been taken away from the sides and placed on the back. 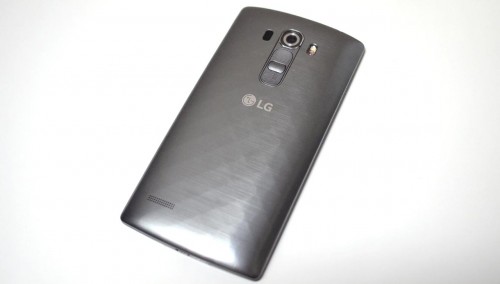 When LG first made this decision, many of us thought it was kind of odd. Now that some time has passed, it’s starting to make a little more sense (and the upcoming LG-made Nexus 5X seems to be taking this approach too). The power button is placed between the two volume buttons with the camera module and flash above that. Even though this is an entry-level or mid-range device, LG has still included its now signature laser autofocus too. You’ll also notice the diamond-like design on the back for a little bit of personality. 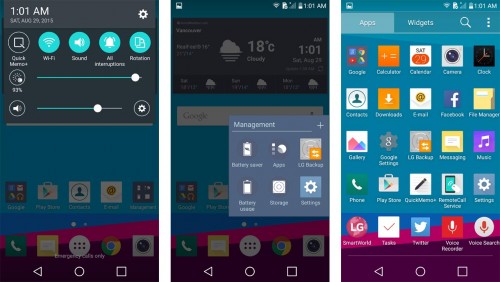 The skinning of Android 5.1 Lollipop is obvious but not overly intrusive. The look of the icons and home screen has changed, as has the look of the pull-down settings shade. How you feel about the appearance is a matter of personal preference, of course, and I think it’s all perfectly palatable.

LG has tacked on several enhancements to the user experience. From the home screen, there is a default folder containing quick access to “management” sections, mostly within the settings menu. This makes it much more convenient to check up on your storage (which becomes a major issue here with just 8GB of internal memory, of which only about 3GB is available to the user), battery usage and so on. There are also several LG apps, like one for taking notes and a repository for getting themes.

And yes, if you like the “knock” gestures, the LG G4 Vigor has those too. If you double-tap on the screen while it’s in standby, the phone will wake. You can also use the “knock” for your lock screen passcode. Within the camera app, you can make a fist to initiate a selfie or make two fists in succession to initiate a photobooth-like session. That’s pretty useful. 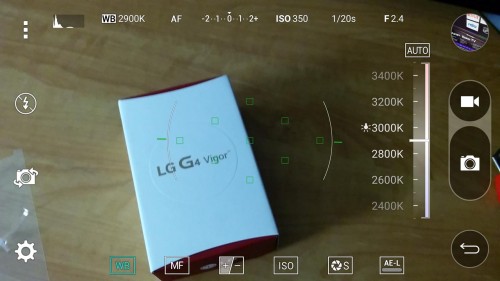 If you’re the kind of person who wants a phone pre-loaded with tons of modes and filters, the LG G4 Vigor isn’t for you. You’ll need some third party apps for that. This is hardly to say the default app is bad. Quite the contrary, actually. There are the regular modes for most folk, as well as a much more robust manual mode for granular control over ISO, focus, shutter speed, white balance and more. You can can even view the live histogram, as if you were using a “real” camera.

Image quality, for the most part, is perfectly decent. Many of the close-up photos turned out very well, but outdoor pictures under harsher light can appear over-saturated with too much contrast. Check out my sample photos on Flickr for a closer look; I’ve uploaded them at full resolution.

Similarly, you can see a couple of the sample videos embedded above, both of which were recorded at full HD 1080p. The details are not nearly as sharp as they could be and, particularly with the second video of the city street, the software is a little too aggressive with contrast and saturation. Can you fix this in post processing? Maybe, but I imagine the average user wouldn’t do that. 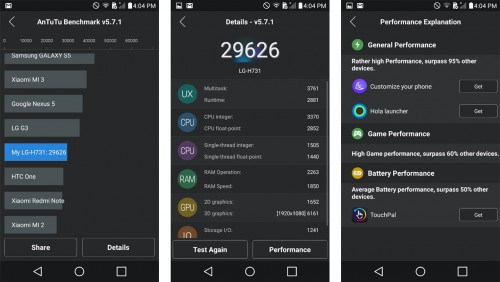 In my everyday usage of the LG G4 Vigor, I never really experienced too many issues with performance. It wasn’t blazing fast, but it was perfectly adequate. The benchmark scores achieved by this phone largely reflect that. It scored just under 30,000 in AnTuTu, putting it well below something like the Xperia Z3 Compact and even further below the 60,000 range of the Galaxy S6. You’ll notice in the screenshot above that it’s also below last year’s LG G3 and the two-year-old LG Nexus 5 too. It’s fine, but you probably don’t want to push it.

Similar results were achieved in the 3DMark and PCMark benchmarks. The Work performance test with PCMark resulted in a score of 3745, while the Ice Storm Unlimited and Ice Storm Extreme benchmarks in 3DMark resulted in scores of 7357 and 5315, respectively. Make no mistake; this is no top-tier device. 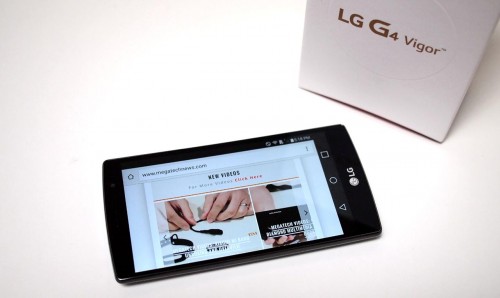 If you’re in the market for something like the new iPhone 6s, you’re going to be sorely disappointed in the LG G4 Vigor. It’s not even close in just about every way. However, it would be fair to place this phone in roughly the same league as ZTE Grand X 2 and, in many ways, it beats it. The camera is better, the design is more premium-looking, and the software enhancement actually add to the experience.

The LG G4 Vigor is ultimately forgettable and will likely blend into store shelves without too many people noticing. That said, if you want a decent performer at a low price, it’s worth a look. The tiny amount of internal storage can be a real killer, so you will absolutely need to invest in a microSD card.

I can’t recommend an outright purchase at around $350, but as low as $0 on contract isn’t so bad. In Canada, you can find it at Virgin Mobile, SaskTel and Videotron.