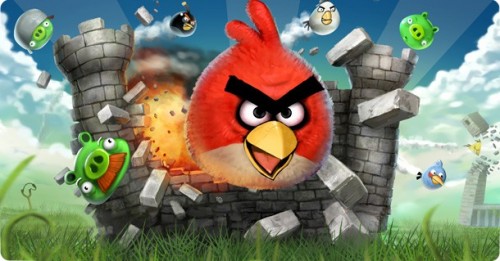 The research geeks over at Geekaphone have been working overtime to bring us an interesting infographic with lots of charts and numbers on the mobile entertainment industry. The numbers are truly staggering – Angry Birds has been downloaded 140 million (!!) times – which is probably why the big “N” has gotten its feathers all ruffled.

In 2010, the mobile entertainment industry generated US$33 billion in sales. The single largest segment was gambling which made up nearly 50% or US$16.1 billion in sales. Mobile gaming was the second largest category with just over 24% at US$8 billion. Mobile gaming is expect to grow about 40% over the next few years and hit US$11.4 billion by 2014.

In the mobile gaming space, women make up the larger percentage of gamers at 53% to 47% for men. And the average age of the mobile gamer demographic is about 28 years of age. It’s no wonder that Nintendo has been dissing on what they term “cheap” or “throw-away” content on mobiles since there seems to be some overlap in the target customer base. They are concerned that people might start to get the idea that Nintendo is maybe overcharging for NDS titles – you think?

Further driving the stake into Nintendo’s “Heart of Darkness”, we find that 51% of mobile games in Apple’s Appstore are free. These games make money by selling in-game content or include advertising. By 2013 in-game purchases will exceed paid games, and by 2015 in game content will rake in about US$11 billion dollars. And despite in game purchases exceeding advertising revenue by a fairly large margin, in game advertising still made US$87 million last year, and is expected to grow over 10x to US$894 million by 2015.

In short – there’s a boatload of money in mobile gaming, and it’s taking Nintendo’s cake and eating it too. More details below.