When the Nintendo NX was officially unveiled last month as the new Nintendo Switch, one of the first questions we had to ask was how much this mobile/home video game console is going to cost when it launches next March. Nintendo hasn’t yet come forward with the pricing scheme just yet, but one major retailer has inadvertently spilled the beans. And these are some rather affordable beans.

The eagle eyes at CNET spotted the official listing for the Nintendo Switch on the Toys R Us Canada website. The page has since been taken down by the retailer, but not before the cached page was immortalized on the Internet for everyone to scrutinize.

According to the leak, the Nintendo Switch is set to sell for $329.99. That’s in Canadian dollars, which translates to about $250 US. The page doesn’t really give any real indication as to what bundle this will be, but the assumption is that this is the basic bundle and the more premium bundle will clock in for a little more. 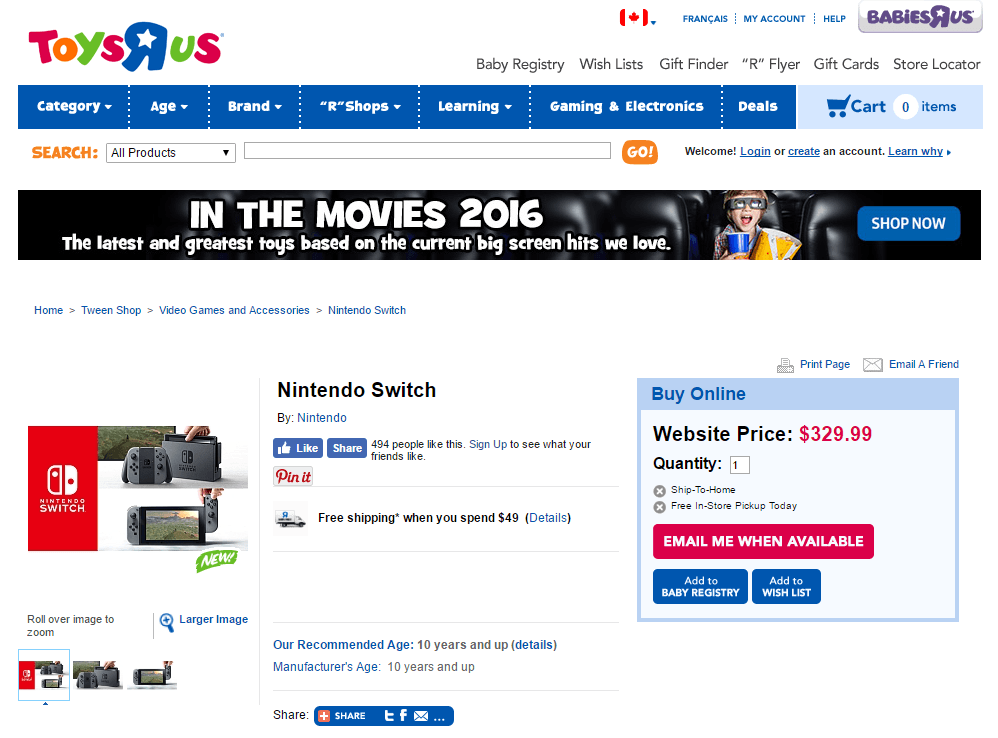 From what we can gather, the basic bundle will be exactly that: basic. You’ll get the main “tablet” part of the console, along with the two controller halves that snap onto the sides, plus the home dock, and the middle part of the controller. The deluxe package might come with an extra controller, more storage, and a bundled game. If Nintendo’s previous pricing schemes hold up, that would mean the deluxe bundle would sell for about $300 or so.

This all aligns with earlier leaks that indicated a launch price of £200 for the basic bundle. Again, that translates to about $250 US or about $330 Canadian. And if all of this holds up to be true, it means the Switch will actually align more with mobile pricing (like the 3DS at launch) than with home console pricing (like the Wii U at launch).

If you can’t wait all the way until March, you can always pick up the NES Classic Edition to satiate your Nintendo hunger in the interim. That is if you can find one in stock.