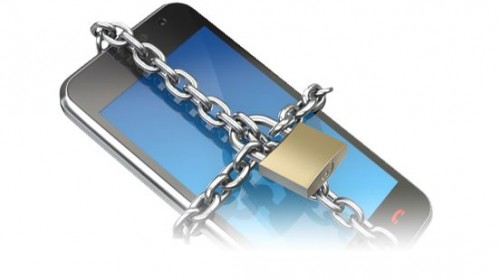 Over time, we’ve learned to be increasingly vigilant when it comes to the security we have on our computers. We install anti-virus software and anti-malware software. We remember to delete cookies and clear out the cache when we use public computers. We use Incognito mode. We might use secure drives. But what about that other computer that we use all day, every day?

Even though we consider them to be “mobile devices,” smartphones and tablets are really just like our computers. We use them to surf the web, check our email, watch videos, update our social networks and so on. Why is it, then, that most people don’t seem nearly as careful about beefing up the security on their Android tablets, their iPhones, or whatever else they might carry around with them? So, what can you do?

The Secret Word Is…

It starts with the basics. You should always, always have a password-protected home screen. On Android, you might go with the pattern code instead of numeric code. Whatever the case, this is your first line of defense against people who may try to steal your data in real life. It used to be that forgetting your phone at the coffee shop only meant that you had to cancel that plan, get a new phone, and re-enter all your contacts. Now, if someone finds your phone, they can access all of your online accounts and cause you all sorts of grief. You don’t want that.

Of course, the in-person threat is only one part of the equation. You also have to think about all those bad guys out on the Interwebs who want to steal your data and otherwise cause all sorts of trouble. As smartphones and tablets increase in popularity, so does their vulnerability to malicious attacks. Hackers see big opportunities, especially if your devices aren’t secure.

Again, there are a few tactics that may want to implement. As you make your way around the Google Play Store or the iTunes App Store, you’ll probably find an assortment of anti-virus and anti-malware Internet security software. These apps work in fundamentally the same way as their desktop counterparts, so you might consider investing in some of those.

Also, just like you’d have on your laptop or desktop, several mobile browsers also have private browsing. Chrome calls it Incognito and that’s available in the mobile browser too. That lets you browse privately without leaving behind a trail, but sometimes that’s not good enough either.

If you really want to take it to another level, you might sign up with a VPN service provider to further enhance your security. Most people think about VPNs in the context of dialing into your company’s intranet, but even non-corporate folk can use them to their advantage.

In effect, you route your Internet traffic through a secure VPN connection, effectively masking where you actually are. It’ll look as if the page and API requests are coming from the VPN’s location. That’s great for anonymity and for security. They don’t all support it, but many VPN services also allow for mobile devices and they can provide anti-malware and antivirus protection too, filtering your web traffic to make sure it’s all clean and safe.

Just Be Smart About It

All of the precautions that you take on your computer when it comes to your Internet security can usually also be applied to the environment of your iPhone, iPad, Android smartphone, tablet or whatever other mobile device. Use 2-step authentication for your Dropbox and Google accounts. Use secure passwords. Use safe software and stay away from shady websites (and apps). In other words, be smart about it. The Internet can be an awfully scary place, but it can be a lot of fun too.