Actually, today it’s not too bad. The storms yesterday seem to have washed everything clean, and although the humidity is pretty brutal the actual temperature isn’t that bad. We got lucky…cities not too far to the South were hit really hard, with three different lines of thunderstorms and (at last count) three confirmed tornadoes. I looked out into my yard this morning, and the “damage” consists of a couple of small tree branches and a bunch of leaves. Hopefully the damage other places wasn’t too bad, and everyone is able to get back to normal soon! 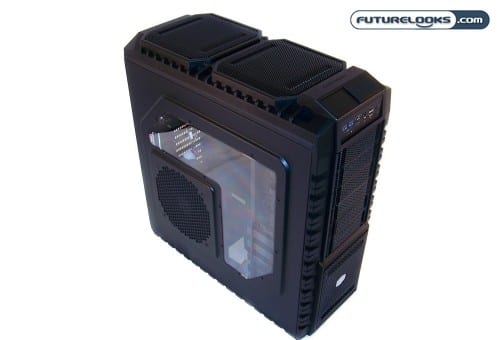 XSReviews counters with the Antec DF-85

CDRinfo shares its thoughts on the OCZ Agility2 60GB SSD

TechReviewSource spends some time with the Canon Pixma MX870

And to finish us off, TechwareLabs goes inside the M-Edge Guardian Kindle Case