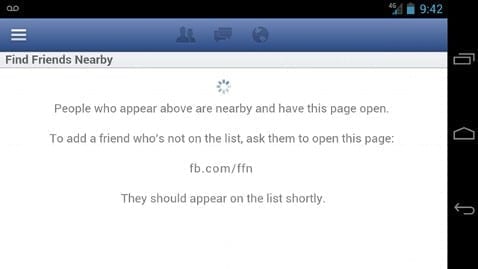 Despite its undeniable popularity, Facebook has a knack for adding features that are widely rejected by its users, more often than not for being deemed intrusive. The latest such addition is creepy almost to a comical degree. The Find Nearby Friends feature does exactly what it says – tells you which of your Facebook friends is physically nearby using GPS and location tools.

Unsurprisingly, this new feature was taken down shortly after it was added, though Facebook won’t admit that its swift removal was due to negative feedback. Instead, the social networking site claims that Find Nearby Friends was never intended for widespread public use and that it was just something a few engineers were testing. It stands to reason that Facebook could just be covering up what could be viewed as a significant blunder.

Facebook, you already make it too easy to stalk people, you don’t have to start doing the work for us.