Think about how life was before Wikipedia came along. You actually had to make your way down to the local library, thumb through the card file, and find the right encyclopedia, only to discover that the information was already out of date. By twenty years. And half the page was stained in coffee anyway.

The rise of the Internet really did change the world, but we are quickly discovering the huge impact that social media is having on the world too. Yes, this follows up on yesterday’s piece about how you can stalk MegaTechNews online, but it’s also about the biggest picture of social media as a whole.

The Organization of Social Causes

And nowhere is the presence of social media more timely than with the current uprising in Egypt. The people of Egypt were able to organize and protest in unison against President Hosni Mubarek. As you can see in the image at the top of this post, the Egyptian people got together on Twitter using the hashtag #jan25. 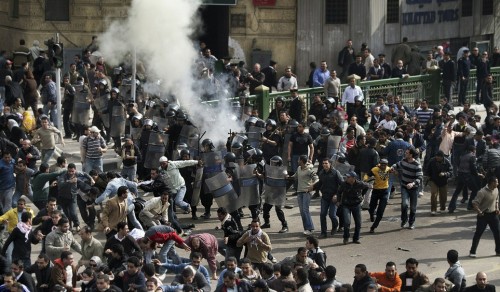 The power of Twitter (and social media in general) was so powerful in organizing thousands of anti-government protestors that Mubarek even went so far as to shut off the Internet in the country. He also cut off cell phone service. Social media was far too powerful a tool for him to handle… because it went beyond him.

In addition to the overwhelming support that the Egyptian people have received from other Twitter users all around the world, there is now the Speak2Tweet Twitter account. This allows Egyptians (or anyone) with landline telephone access to call a designated number and have their voice tweet posted to the account. It’s a way for the Egyptian people to have their voices heard, bypassing government control.

The Emerging Power of Citizen Journalism

Following along a similar line of thought, you can also see how social media really has paved the way for the increasing prominence of citizen journalism. Online publications like the Huffington Post are just as well-known and influential (if not more so) than the New York Times and Wall Street Journal.

But this doesn’t even need to come from a big name blog like the Huffington Post. Think about how quickly a message can be distributed and spread throughout Twitter and Facebook. With so many camera phones, it’s increasingly easy to find a “Twitpic” of just about any event. With services like Qik, we’re getting a lot of livestreaming too.

With the Super Bowl coming up this weekend, you can be sure to hear the commentary from thousands (millions?) of people on Twitter. You don’t have to rely on the major network guys for their insights. From Adam in Arlington to Will in Wenatchee, they can all have their say.

The Slightly Less Filtered Life of a Celebrity 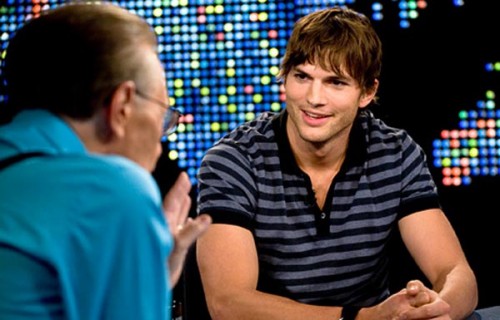 On a far less serious note, social media is also changing the way we see our celebrities, whether they be sports stars, movie actors, or even politicians. In the past, the words coming from guys like Schwarzenegger would only come by way of filtered interviews and publicist rehashes.

That has changed. It started largely with Ashton Kutcher, but it has quickly expanded to just about anyone with any level of celebrity. We get more of a glimpse into their “real” lives, even if these insights are still filtered through their own eyes. Celebrities used to have a certain mystique about them; Twitter can remove that veil.

On the plus side, these celebrities can then leverage their own celebrity power for greater causes. Going back to our buddy Kelso Ashton, he helped to raise a fair bit of money for the fight against malaria, for example.

The Viral Nature of Online Advertising

Social media isn’t just about Twitter and Facebook. One of the most successful social media marketing campaigns in recent memory had to be the “Will It Blend” series from BlendTec. The YouTube sensation isn’t quite as hot now, but it was all the rage not too long ago.

I had the opportunity to meet with Tom Dickson at CES 2009. The YouTube marketing campaign was fantastic for raising brand awareness and it easily outperformed anything else they could have done on a similar budget. “Social” advertising really has the opportunity to go viral.

The Growth of Branding and Customer Relations

But YouTube, for the most part, is still a one-way communication channel. BlendTec posts a video, we laugh, and they profit. However, more and more, companies are recognizing the need for an open, two-way conversation.

While they’re not all up to speed, a good number of companies are learning that Twitter isn’t a broadcast channel; it helps with branding, sure, but it’s about conversing with your customers. Tassimo Canada did that by giving out free Brewbots. Westjet does that by proactively monitoring mentions of its brand and reacting swiftly.

Moving forward, considering that we are moving toward having smarter, more connected homes, it won’t be long before your social media starts impacting your Roomba and Whirlpool too.