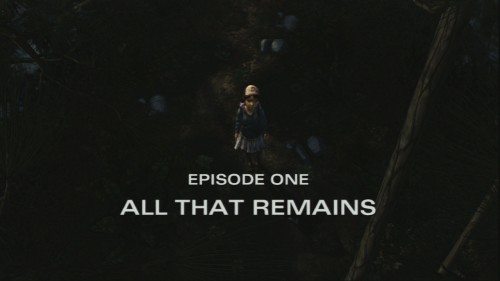 And we are back in the middle of the zombie apocalypse again. No one has apparently found any kind of cure or solution yet, but our little girl Clementine is still surviving. And this is where Telltale Games is picking up for the second season of The Walking Dead video game, following up on the hugely successful and award-winning first season.

As before, the second season is available on a broad range of platforms — including XBLA, PSN and Steam — but if you haven’t already played through the entirety of the first season already, you can probably expect some major spoilers ahead. With that out of the way, let’s find out if it’s worth you time and money to get back into the emotionally draining world put on by Telltale. 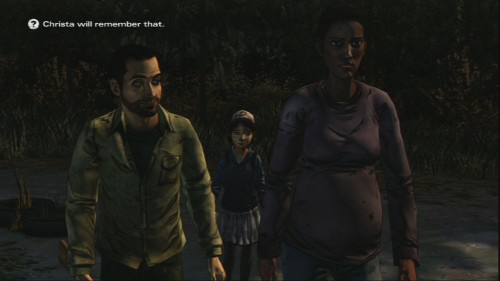 Unsurprisingly, the first episode of the second season largely picks up where we left off with the end of the fifth episode of the first season. Clementine has survived, of course, but the horrors of this reality have largely stripped her of her innocence, not unlike what we see with Carl in the TV series. While they say that the decisions you made in The Walking Dead: Season 1 and the 400 Days DLC will affect the narrative in the second season, this was not immediately obvious here.

Instead, what we are provided is more of a “bridge” episode to bring us back up to speed with what is happening with Clementine and how she has managed to survive for the last several months. We learn at the opening of All That Remains that Clementine has been staying with Omid and Christa, who you may recognize from the first season. We start off with a little exploring, aided by plenty of on-screen cues and tutorial bits for people who haven’t played through one of these point-and-click adventures from Telltale before. If you’ve played through the first season, this is largely more of the same, except you now control Clementine rather than Lee.

In the case of the Xbox 360 version, the left stick is used to walk around when you are provided the opportunity to do so, the right stick is to look around for clickable items, and the four face buttons are used to interact with these items. You get to choose what you say in certain conversations and there’s some mashing at times to perform key actions. You still get more of a sense that this is an interactive movie than a “video game” in the traditional sense.

Two of the greatest strengths that we saw from the first season of The Walking Dead were the storytelling and the voice acting. These two factors are still very strong here as we return to the zombie apocalypse. We get the same kind of art style and the same kind of dialogue, but I appreciate that there is just a little more action in this episode than in some earlier ones. And the voice acting for Clementine in particular is fantastic. She’s still a little girl, to be sure, but we can hear more of the maturity and world-weariness in her voice. It’s great.

That being said, All That Remains has a distinctly different feel to it overall than the first season because of one critical difference. In the first season, we played the role of Lee and his priority was never really to take care of himself. We were led on a journey where all that mattered was to take care of Clementine. We forged a strong emotional bond with this girl and we did everything we could to ensure her survival and well-being. We had an objective that was greater than ourselves.

For this go around, though, the perspective shifts. Since we are actively controlling Clementine ourselves, the objective is far more straightforward: stay alive. We don’t get this sense of a greater life purpose and this takes away from the emotional weight of the episode and likely also of the season.

Bad Things Have Happened to Everyone 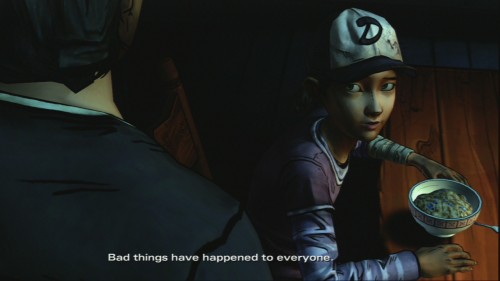 For those of us who are already emotionally invested in the series, having played through the entirety of the first season already, we continue this strong emotional bond with Clementine, but we do get a greater sense that she feels largely alone in the world now. She does meet some new people and perhaps we’ll see more of a connection with the first season as the second season progresses. That’s the hope. For players who are starting fresh with season two, having never played the first season, the experience here will not be as moving or compelling.

But it’s still pretty darn compelling. The puzzle elements and conversations have their value, to be sure, but it’s the storytelling that will pull you in and tug on your heart strings.

I thought the “point and click” gameplay mechanic would lose its novelty and get boring as The Walking Dead video game series progressed. This is true to some extent, but it also gives a sense of consistency and familiarity. But you’re not playing this game for the game itself as much as you are playing to see what happens to our little Clementine. Telltale Games has once again done a great job at establishing a powerful mood and tense atmosphere that will leave you aching for episode two.

Taking quite a leisurely pace, allowing myself to die in a couple of segments so I could grab a screenshot or two, I was able to complete All That Remains in right around two hours. I imagine that if I went about my exploring a little more quickly, I could have finished the episode in about 90 minutes or so, which is on par with what we received with each of the five episodes in the first season. All That Remains is available now on its own for about $5 on the various platforms or you can invest in the season pass for $25.