The next big thing is here. Again.

When the first Samsung Galaxy Note launched a few years ago, people scoffed at the idea of having a smartphone that size. Now, with the launch of devices like the iPhone 6 Plus, a “phablet” is no longer a niche product. You could say that Samsung was ahead of the curve this whole time and they’re more than happy to keep a good thing going with their latest: the Galaxy Note 4. It’s the biggest and boldest Galaxy Note smartphone to date.

The Most Noteworthy Specs and Features

In the last several years, Samsung has never taken a quantum leap between generations of devices. Each successive iteration is an improvement on devices that came before it, all while staying familiar and comfortable. In this case, the Galaxy Note 4 takes what we liked in the Note 3, tosses in some of what we liked in the Galaxy S5, and thrown it all into a glorious QHD package.

The most notable (and noticeable) feature on the Galaxy Note 4 has to be the display. It’s only 0.2-inches bigger than the Note 3 at 5.7-inches across the diagonal, but they’ve crammed far more pixels in there with a quad HD (QHD) 2560 x 1440 pixel resolution, all while keeping that Super AMOLED tech that some people love (and some people love to hate). To say the screen is gorgeous is an understatement.

We don’t need to run all the way down the spec sheet to learn just how much of a high-end flagship the Note 4 is being positioned to be. You’ve got the Snapdragon 805 quad-core 2.7GHz processor, 3GB of RAM, 32GB on-board storage, 16MP camera, LTE, NFC, 802.11ac Wi-Fi, fingerprint sensor, microSD expansion for up to 128GB more, 3220mAh battery, Ultra power saving mode… the list goes on and on.

One small gripe is the front camera is “only” 3.7MP. That would have been pretty great last year, but the rise of the “selfie cam” is raising the standard to new heights. But hey, you get Galaxy Gifts!

Samsung is hardly reinventing the wheel when it comes to how they designed the Galaxy Note 4. You still get that faux leather plastic back and the buttons (and S Pen slot) are placed in the same spots. That being said, there are some changes that you’ll want to note.

First, whereas the Galaxy Note 3 had a plastic frame masquerading as metal, the Galaxy Note 4 gets a full metal frame (but still plastic front and back) that could be confused for plastic if you didn’t know any better. The somewhat gaudy chrome of the past has been replaced by matte black or white, depending on the color of phone you choose. You’ll also notice that the profile follows the curves of the headset jack and other elements, rather than staying flat. The back is not nearly as curved as the Moto X, but it’s sort of there too.

And if you haven’t seen our video testing to see if Gapgate was a real thing, you should check it out. At least with the Canadian review unit I was provided, no such gap exists.

The Beauty of the QHD Display

As can be expected, day to day performance with the Galaxy Note 4 went off without a hitch. I could have multiple apps running in the background, streaming media and whatever else and it held up like a champ. This becomes even more useful with the multi-window function, really taking advantage of that bigger screen.

You might remember from the video with our first impressions how I noted it’s the display that’s the biggest deal here and it still holds true now that I’ve used the phone for a couple of weeks. It’s amazing, though I’m not sure my naked eye can see a tremendous difference between QHD and Full HD at this point. The hyper-saturation of Super AMOLED isn’t for everyone, but I love it.

Just as different people have different opinions on Super AMOLED, the jury is still mixed with TouchWiz. A lot of people don’t like the added “bloat” that Samsung throws on top, but it is partly through this bloat that we get added features like the S Pen.

Not a lot has changed from the Galaxy Note 3 in this regard, but there are software enhancements that make it more precise and more useful, including the ability to capture multiple images and throw them all together into a single scrapbook. 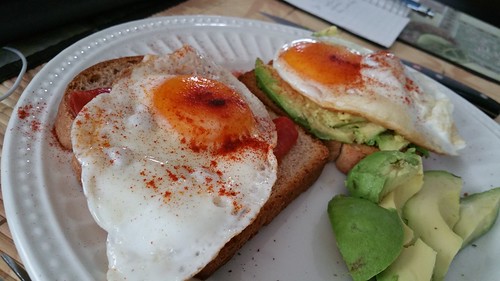 A great camera goes well beyond just a megapixel count. The Samsung Galaxy Note 4 with its 16MP shooter is no slouch and it just gets better and better with optical image stabilization and good low-light support. 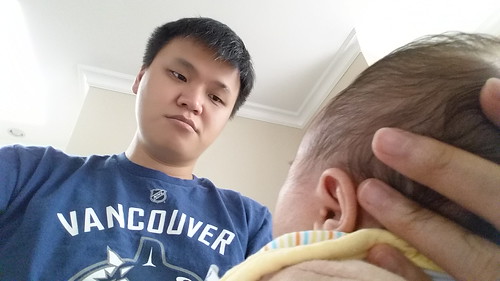 TouchWiz might bring bloat, but Samsung has dialed back on the number of additional “modes” that come pre-installed in the camera app. Even without additional modes, you gain some software enhancements. You can activate the shutter by pressing the heart rate monitor on the back, for instance, or you can set the rear-facing selfie mode to snap a photo when your face enters the right part of the frame. There’s also a “wide selfie” mode, which is effectively a front-facing panorama. 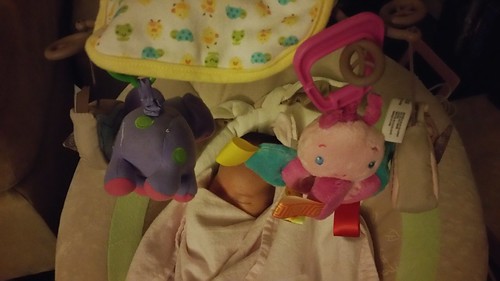 While still images taken with the Note 4 are quite impressive, the videos aren’t as mind blasting. They’re hardly bad, by any stretch, but they’re just not as amazing. For instance, you can shoot 4K video, but it’s really just “4K look.” Check out this Ultra HD sample I shot.

You won’t be disappointed by the performance of the Galaxy Note 4, even when compared to top-tier flagships from competitors. While it doesn’t obliterate them, it’s still the leader. The Note 4 achieved a score of over 46,000 in AnTuTu and a score of over 20,000 in 3DMark’s Ice Storm Unlimited.

The 4G LTE speeds will really depend on your location and your network. In the suburbs outside of Vancouver, I was getting speeds in the 15-20Mbps range on Bell Mobility, though I know this phone is capable of faster than that.

Battery life, given the larger, higher resolution display, was impressive. Under moderate usage, I could go almost two whole days between charges. Interestingly, I do find that Android phones have a habit of using whatever RAM they have. There is 3GB in here and it was consistently using over 2GB of it.

If you’re expecting this phone to represent a monumental leap in evolution compared to the Note 3 and the S5, you’re going to be disappointed. If you are looking for the biggest and baddest phablet with an awesome camera and truly impressive battery life, you’ll find a lot to like with the Galaxy Note 4. It’s not life-changing, but it’s pretty darn great. How it stacks up against the stylus-less Nexus 6 remains to be seen.

Bell Mobility has the Galaxy Note 4 listed for $299.95 on a 2-year term or $799.95 without contract. You can expect to see similar pricing with Telus and Rogers in Canada as well. As such, if you want what could be the best Android smartphone/phablet today, you’ll need to pay for it.